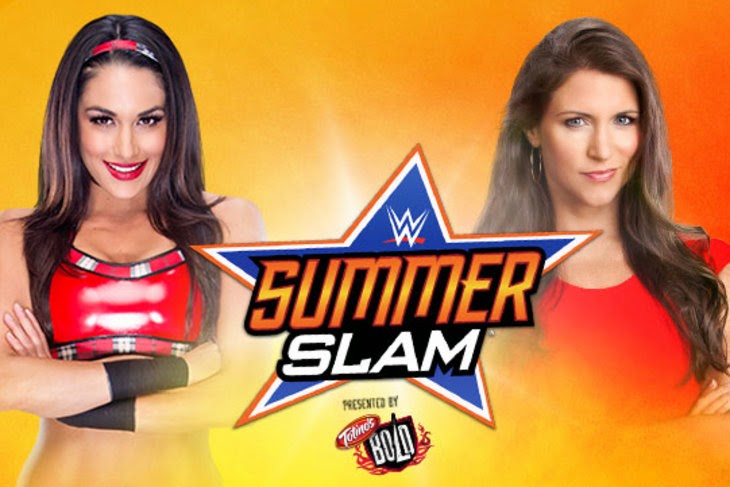 This week's WWE Raw ended with a segment between Stephanie McMahon and Brie Bella. And now I'm excited for their match at WWE SummerSlam on August 17. 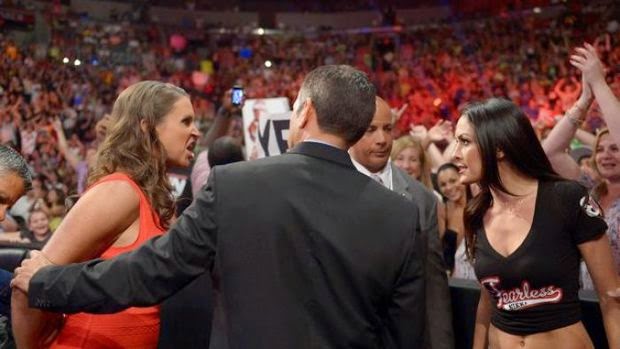 The word "bitch" is thrown around, a lot, but so far I appreciate that the storyline isn't based on pure cattiness. Brie quits, slaps the boss. The Boss takes out her revenge on Brie's twin sister. Slaps her at ringside. Brie presses charges and Stephanie McMahon is arrested then strong-armed into a match against Brie who she plans on making her bitch. Why? Because we all know you don't cross the boss...


Yes, Stephanie McMahon hasn't been in the ring in 10 years but when she's been in tussles they're always entertaining. Her ringside fight with Trish Stratus was awesome. Side note: How awesome were those ringside brawls between Jacqueline and Woman in WCW? If we could return to action that was that engaging.


Brie's getting a chance to stand on her own, and hopefully with time she'll become better on the mic. Surely she'll be better than Randy Orton. Right? For now Stephanie McMahon and her character can carry the bulk of the storyline as we head to WWE SummerSlam. Win or lose, this will be a huge push for Brie Bella. I see the potential for Brie Bella to shock us all. She has a great teacher in Daniel Bryan. And her rise could mirror Sable's. Once Sable was out of Marc Mero's shadow she was powerbombing folks left and right.


Where do Nikki Bella, nip slips and Daniel Bryan fit into all of this? Who knows. Although it's not lost on me that the WWE had to include Stephanie McMahon into the Divas division to inject some life into it, but I'm not complaining. I haven't looked forward to a women's match since the days of Mickie James.