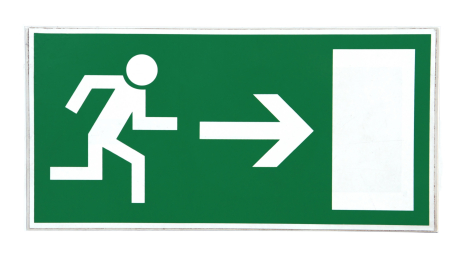 So here's what happened:

Saturday night, a friend and I went out to dinner. I'd been craving a meal and wine from this establishment for a long time.

We were seated promptly. We made emphatically enthusiastic decisions on what we wanted to chew and what wine to sip. It was a toss up between two appetizers – a meat or a cheese. The waitress recommended the cheese. Smiles all around.

Entrees served at 10:20pm. I took a photo. It’s timestamped.

Fast forward about 20 minutes later. Our plates were cleared. And we still had a little bit of wine to finish. About 10 more minutes passed and I noticed our waitress leaving. She didn’t head out for a smoke, she was gone. Her shift was over. She didn’t close out her tabs. She didn’t bring our check. She didn’t say a word. The other waitresses walked by our table repeatedly. They filled water glasses of other diners and brought them dessert menus.


I attended the evening reception of Mia Berg's WOMAN : CAMERA at Gallery 151 on Thursday evening. The nudity, self-portraits and Spencer Tunick got me through the door. After studying the images and the exchange of opinions, my friend and I headed to Chelsea for an impromptu gallery crawl.

The Day I Became a Woman 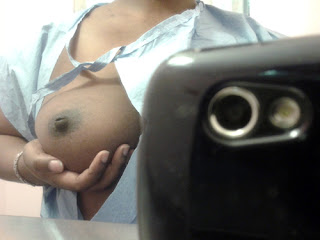 I knew this day would come, but already? In December, I got a referral from my doctor for a mammogram. Today was the day. I went to the Rita J. Kaplan Breast Imaging Center at Bellevue Hospital.


After I walked the busy corridors of the main floor of the hospital, I made it to the Third floor, West Wing. The walls are painted a light pink with floral wall border. It was a stark contrast to the rest of the hospital I had seen. After checking in at the desk and receiving my ID wrist tag, I took a seat in the main waiting room.


Visibly, I was by far the youngest woman in there. 58, 67, 70 -- those were the years of birth I overheard. I wondered if the demographic of the waiting room would change as more younger women are diagnosed with breast cancer. I shook my head at the soap opera chosen to entertain us. I was thankful when that was interrupted by the President's press conference.


After another mispronunciation of my name, I was handed a gown and directed to the pink dressing rooms. "Waist up."

Back On (Where's) George's Money Trail 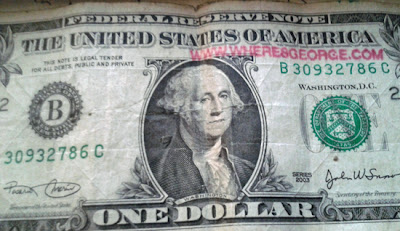 I finally spent my "Fishbone - Where's George" dollar bill yesterday. I'd had other opportunities to -- once the item I was purchasing cost less than I anticipated and once I just couldn't part with "Fishbone George" so I handed over a different legal tender.

To purchase a brownie and petit four at Betty Bakery, I released "Fishbone George". Minutes later, along Atlantic Avenue I stopped to buy some Shea Butter. I was going to buy just one tub of it, but the second proprietor of the shop told me "3 for 10." Had I not bought the 2 extra tubs of Shea butter, I wouldn't have gotten the second bill. One of the bills I got as my change had ink on it that caught my eye -- IN GOD WE TRUST -- circled in red. For a split second I thought it was a Where's George?® bill. It wasn't until I got home and was organizing my change that I noticed I did indeed receive another bill.

There's meaning to this. It's a sign. But what?

Side Note:  When I first showed TK the Fishbone bill she informed me that she interviewed a member of Fishbone at SXSW last year. The day I tracked Fishbone George, I got that message about the virus study and also learned the Fishbone on the bill was a reference to the same band.

So now I track this bill... it's been in Minnesota, Delaware and now New York. Where to next?