The babies have been born... 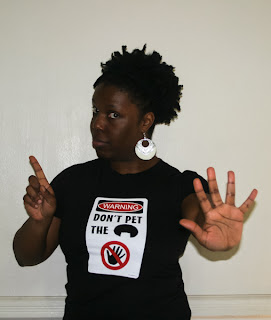 I've launched the "Don't Pet the 'Fro" T-shirts. I've gone through quite a few samples and I will continue to perfect and tweak the design (all while not allowing my inner perfectionist to slow the process). Visit my Wazala shop to order your t-shirt or as a gift!


A black V-neck was my original vision and I've made that happen! I've been wearing mine around the house and while running errands around my neighborhood... a lot. I'm sure you'll love yours too! It also seems to be the best seller. They're available in Ladies S to XXL and they run true to size. For reference, I'm wearing a Medium. 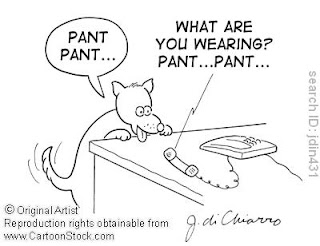 It was about 6:30am. My phone rang and through blurry eyes I saw it was from a Restricted number. Because I receive some international calls that show up that way I accepted the call but didn't say anything. What I heard were sex sounds. Sounded muffled and I thought "another pocket dial". I hung up and rolled back over to sleep.


My phone rang again. Restricted number. Now I was annoyed and on guard. I accepted the call, put the call on speaker and still didn't say anything. This was a deliberate call. The male participant's moans and sex talk directed at his female partner were spoken into the phone as though he were wearing an earpiece or Bluetooth. I couldn't recognize his voice. I was searching my brain to figure out who would do this--did the guy on the phone sound like an ex?


After about 4 minutes they finished and then the man said, "Hello." I didn't respond. I still couldn't place the voice and was extra pissed now because that was confirmation that the call was intentional. He said "hello" a few more times, waiting each time for me to respond while his labored breathing steadied and he let out one more "Shit..." at how good his nut was.