I've been waiting months to see this movie... 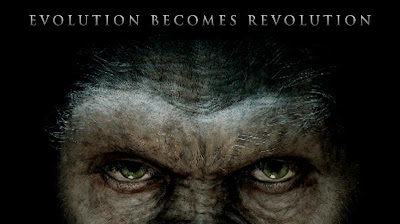 I enjoyed Rise of the Planet of the Apes. For those who don't believe in evolution or who don't think chimpanzees and humans share roughly 97% DNA, you'll still enjoy this movie, even if you decide for some reason to root for the humans.


Understand the motives of Will (James Franco)--develop a cure for Alzheimer's--a disease that eventually takes his father's life. But with science, we never know the outcome until an experiment is conducted. Turns out our immune systems develop antibodies against the ALZ-112 retrovirus and Alzheimer's comes roaring back. This same virus in chimps improves intelligence and can be passed on from mother to child. The same virus kills humans--our immune systems aren't as strong as chimps. Do we (humans) stop there? No. We develop a stronger virus, ALZ-113, with deadlier effects.


I felt for Caesar when he became self-aware. Comparing himself to a dog who was also on a leash, he signs, "Am I a pet?" Will explains to Caesar where he came from and the seeds have been planted. In a subsequent scene he's seen looking at his reflection in a mirror. You can tell he's thinking that life he's living isn't right for him. Once Will's father (John Lithgow) shows signs of Alzheimer's again Caesar becomes his caretaker and protector in some ways--Caesar is still intelligent yet with animal instincts. Those animal instincts get him locked up.


The representation of chimp (primate, in general) behavior in this movie was very accurate. The scene where Caesar is attacked in the enclosure and later when he asserts his dominance was reminiscent of Escape to Chimp Eden (Animal Planet).


I had moments where I just shook my head at the screen--like who hangs out in an ape "prison" at night, in the dark? "Turn on some lights!" I kept thinking to myself. And you see a group of apes, standing, with a clear leader in their enclosure and you don't do anything about that? 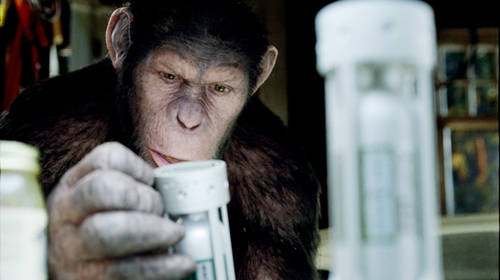 Ok, once Caesar puts two and two together better than some humans would, he begins to train the other apes, feeds them cookies to get them to follow and goes "home" to get the virus--without the virus the other apes will never be as smart as he is--"One monkey weak. Monkeys together strong." (paraphrasing, of course). They maintained the same characters in this version of the Planet of the Apes story and that I appreciated. They had Caesar, the lead chimp, but he wasn't as evil. There's the Orangutan (not as sniveling and spineless from the Wahlberg 2001 version, played by Paul Giamatti) and the Gorilla, the general who was played by Michael Clarke Duncan. 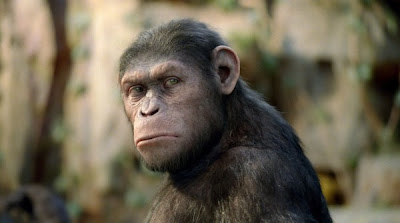 Those eyes on Caesar were enough to freak me out (oh, that Andy Serkis). One word out of Caesar pushed me over the edge.  But I can accept it because he's been given a drug and his lifelong exposure around humans and our language.


When the ape revolt begins, I was reminded of the Gremlins; different ape characters having their individual moments to shine. And this is where I got very excited. I was rooting for the apes, of course. One chimp was shot dead in cold blood and immediately after a metal bar sliced through the cops windshield. One of the few advantages humans have over other species are weapons--the apes got weapons.


At the heart of it all, it's a story of an oppressed group that wants to be free. Caesar and his army freed other apes in the lab and freed apes from the zoo. During their escape/revolution, they had plenty of opportunity to kill people yet didn't. Caesar commanded the Gorilla not to kill a police officer. They wanted to go to the Redwood forest, to live in their natural habitat. Earlier in the film, Caesar had the opportunity to go home with Will and refused. Home in a house, with humans, wasn't what he desired.


So we've been set up for the sequel. There's a human, a pilot, infected with a virus that humans have no defense against (think SIV and HIV) while super-intelligent apes are free in the Redwood forest to reproduce. Oh yeah. It could happen. 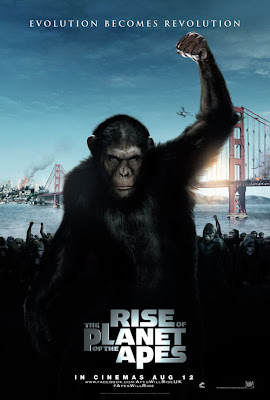