Ask Abbie: A Matter of Black And White and Ego 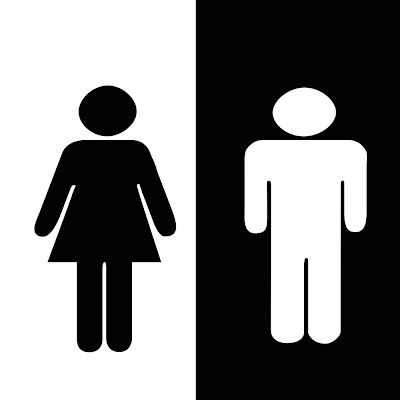 
So I've been working closely with a beautiful black woman for the past couple of months. Drive her home, take her out for food and drink a couple times, turn my game up to full power, get her in a hotel (sorry she is married and I knew and didn't care. Whole nother issue). Lucky for me it seems I'm one of the white guys with a big fat dick, know what I want and, know how to give it. It's a big secret, so no one knows and, the other day I overhear her with other black coworkers talking about how she would "never fuck wit a white boy". Blah blah except this one white guy, hot, movie star or someone. I'm pissed but, more than pissed I'm hurt. Hung out one night shortly after and admittingly I was not myself, got out, got distracted but, still looking to rationally state my case to her.


For some reason I'd like to continue our relationship (probably those hips and lips) but, I really want her to understand what she did and why it was wrong, or am I wrong?


Here's an example from my life. When I was a kid I heard my uncle say the only black girl he'd fuck was Janet Jackson (because she just put out that rock song Black Cat (just hit me now but, is that a metaphor for black pussy?) I've heard others make similar comments and I just don't get it, if you're looking for love and showing love to me, I'm gonna give it back so good you tell your friends no matter what color you are or what country you're from. Getting distracted and starting to rant I'm done, hoping to hear from you with some advice on approaching this situation and, making an impact. Be honest please and set me straight. Much love to all the sexy black women out there. Have other questions about this "jungle fever" passion I have, looking for some honest feedback.

Let's start with the "easy part" the race --- Perhaps she believes or knows her coworkers will judge her or not accept that she's cheating on her husband with a white man. Maybe she's not comfortable with it. It's unfortunate, but interracial dating is still an issue for some people, particularly black-white relations. There is a lot of weighted history there. The white man-black woman dynamic is wrought with master-slave assumptions, fetishizing the Hottentot etc.


Now forget race, she's married. Maybe she doesn't want to go around telling everyone she's having an affair. Duh. You may not care that she's married, but perhaps she does, so that's something you have to accept -- the fact that she will not acknowledge you. You stated that the relationship is a secret so you shouldn't be surprised she wouldn't tell people about it. She's married.


It could be a case of "her coworkers aint her friends so she's not gonna tell them her business". You never know what she's telling her friends... and it's none of your business as the white boy who's fucking a married woman.


You want her to understand what she did -- Unreal. You feel the need to explain to her that she was wrong for not telling her coworkers that she had sex with you. I'd like to know how that conversations goes.


You're assuming that she was giving you love or that she thought you were giving her love. Don't confuse love with sex or lust or infatuation. Sounds like it was just sex. She's married, maybe she just wasn't getting sex and/or attention at home, you were willing to wine and dine her so she took it. Done. Reread what you wrote, you're hurt. End of story. You got involved with a married woman and now you don't understand why she doesn't want to tell her friends about you. Your ego is way too big. You want to continue the relationship... because... you want to change her mind about "fucking with a white boy"? Eavesdrop on a future conversation where she does tells her coworkers or friends that she had sex with you? Be careful what you wish for because next time you may overhear her say she did have sex with a white guy (you) and it wasn't good (truth). That could be the reason she said she doesn't want to fuck with a white boy. Perhaps you "ruined" it for her. These are all possibilities. Dude, you want to continue the relationship probably because of her lips an hips -- you've already reduced her/the relationship down to the physical read: sex.

If you have a health, nutrition, fitness, body image, dating & relationships or sex question, send me an email or fill out the form on my website About page or Written Word page.