The universe places you exactly where you can achieve what you asked for.
- @mightymoebetta 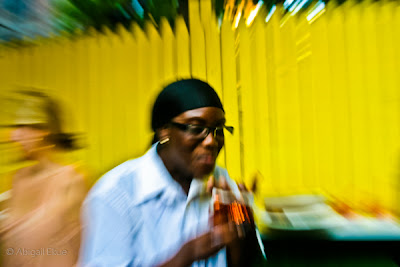 The Law of Attraction is so powerful it's scary. My need to travel must be strong enough that the Universe is listening. Paris (and France in general) is everywhere I turn. I joke about my willingness to do unspeakable things to get to Brazil in 2014 (behind every joke...). Recently jobs I've applied for are perfect for me and would give me the opportunity to travel and/or work with internationals. I don't have the means to travel at the moment so I'm satisfying my wanderlust in NYC. It's uncanny--the new people I'm meeting are natives of countries on my must-see list and people who have visited them already. When I finally make it to Paris, Brazil, Thailand, South Africa, Italy, etc. it will be new to me but I'm being prepped, appetite kept whet, constantly gaining new insights.


All signs point to my inevitable travel. Sometimes I swear it's all too perfect. This past month has been plotted like a movie--full of foreshadowing and "coincidences".


Copa America
Mr. Argentina (as I like to call him)
For the past week, I've been watching an online stream of House and for some reason it's being broadcast with Portuguese subtitles.

A majority of the responses in my CL vs. HowAboutWe experiment come from .fr emails or "sexy europeans" or men from South America.
On Monday, I got a call from Mr. Argentina, had lunch with a friend at a Cuban bistro and brainstormed an idea for a new story set in Le Brésil and listened to him tell me about his time in Paris, killed time in SoHo in front of a French bistro and met a Latin man. I dug deep to remember the Español I learned, he spoke little to no English. It must've been a sight to see--me speaking broken Spanish, him speaking broken English and all the hand gestures. I met a friend later that night for dinner at a French-Moroccan-Brazilian bistro for more international discussions and revolutionary agendas.
I've also seen a bel homme, my Primer a few times this month, which is always a treat, and practiced my French.
The last two books I've read had elements of languages and cultures awaiting me. 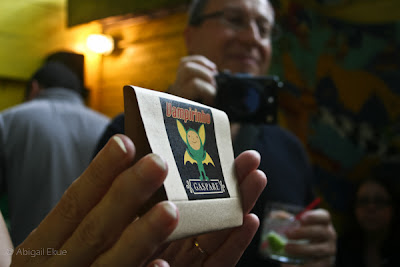 I attended a meetup at Berimbau last night. In July, I was invited by chocolate company, Gaspare, who were hosting a photo competition. A few clicks online and I ended up RSVP'ing for the Inaugural Caipirinha Day meetup. Portuguese in the air, Brazilian expats, travelers who love Brazil, caipirinhas and caipifrutas, chocolate, authentic Brazilian cuisine, photography--it was the perfect atmosphere for me. I even had fun modeling my chocolate-eating skills. My favorite(s): Pé de Moleque, Vampirinhos and Cajuzinhos. I still have a pack of Pé de Moleque in my fridge... 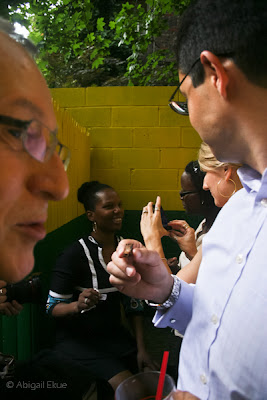 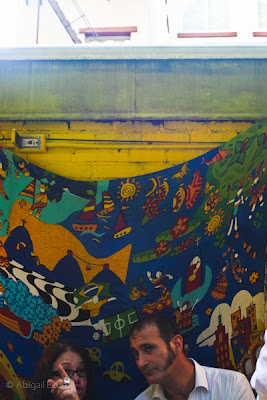 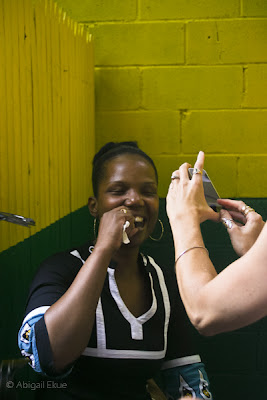 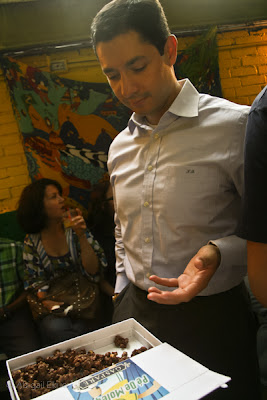 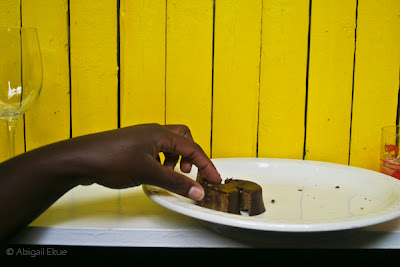 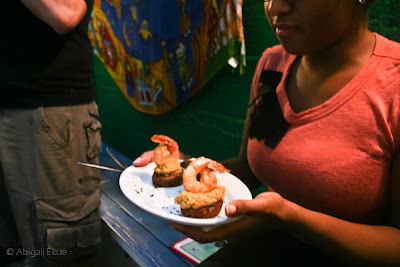 Check out some of the photos on Gaspare Chocolate tumblr page~
*   *   *