The Darker Side of Lust: The Lost Interview 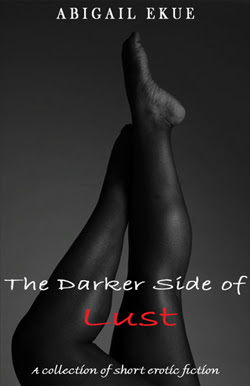 In August 2010, I was contacted by XI Magazine for an interview and book review for their Se-XI section. A few months after the piece went live, XI Magazine had server issues and lost tons of data, the interview and review included. Although the full piece is somewhere out there in cyberspace, I do have the interview portion.


In an email blast I sent to my mailing list, I included this quote from Managing Editor, Okema T. Moore:

Exploring various taboos like mulitiple partners, homosexuality and religion with regard to sex…the book has something for everyone! It’s well written, intriguing and a page turner. It explores lust and passion and even a little love, all while drawing you in deeper and deeper with the vivid language and very detailed descriptions of characters, positions and possibilities. I felt like a voyeur as I read it, because I could clearly see each scenario play out in my mind’s eye.

It takes a talented writer and an expansive amount of liberation and imagination to come up with something that is more sexy and passionate than raunchy and overtly extra. Abigail Ekue is all of that and more in my opinion.