My friend hired me to pet-sit for a few days. There was also a cat present but rarely seen.

Day 1: Not a full day. I arrived at my friend's apartment after work and was greeted with unbelievable enthusiasm and energy. I could tell I'd walked in on a play session they'd organized for themselves. It took about 45 minutes to actually leave the apartment for the walk--I couldn't figure out how to get the harness on, nevermind the instructions that were left. You know you've reached a new low when a dog gives you the side-eye. Oscar stood stoic, waiting to be strapped in. Lucy was high on coke I'm prone to believe. The walk itself went off without a hitch--2 square blocks, 2 poop-and-scoops.


Day 2:  Breakfast in the morning. I could tell they were used to humans leaving in the morning. Didn't follow me to the door, barely batted an eye. That evening, I got the same enthusiastic greeting at the door. After I put down my things, I packed up the pee pad and put the harnesses on in a snap. Out the door in about 15 minutes! Only after I made sure they knew they exit the apartment when I say it's ok, not simply because the door is open. I remember the lessons learned from Cesar Millan (The Dog Whisperer). On this walk, I was indoctrinated into the "UES Dog Owner & Walker Society". Everyone loves a cute dog! Covered 3 square blocks on the walk.

Day 3: Up by 8am. Sunny Saturday. I like to be outside as much as they do. I filled their water dishes. While they were distracted with that briefly, I threw on some clothes, splashed water on my face and we were off. Even Lucy stood still so I could put on her harness! I opened the apartment door. Every one stood at attention. Then we were off. Original plan was to do the 3 block route from the night before but...

A park! Children! Other dogs! We crossed the street to Carl Schurz Park. I won't lie, this detour was as much for me as it was for them. We trekked through the park towards 86th Street, walked passed the Big Dog Run and the Little Dog Run, sniffed grass, climbed the steps, and walked along the promenade. Lucy bolted straight to her water bowl when we got back to the apartment then came back so I could take off her harness! Then she sat. And waited. Just sat there! She got a treat and a belly rub for good behavior.

I thought this would be a good time for a photo shoot so I brought their bed out to the living room to encourage some natural behavior and watched things unfold. I ended up watching It's Me or the Dog and Dogs 101 on Animal Planet. We went out for another walk that evening. Lucy was raring to go. If you didn't think dogs could dig their claws into concrete, think again. Oscar had no plans other than sitting on the couch. A tug-of-war ensued.

Day 4: I think they heard me as soon as I got out the bed. If they could've reached their leashes, they would've brought them to me. We went back to the park and covered a bit more ground this time. We didn't go into the dog run but they exchanged greetings with distant cousins and even another Lucy! They were great troopers and earned a few treats with their breakfast. 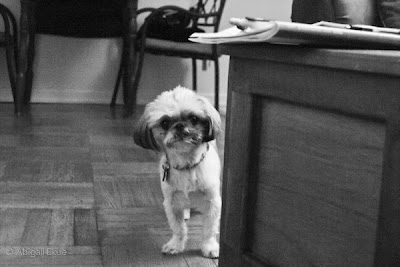 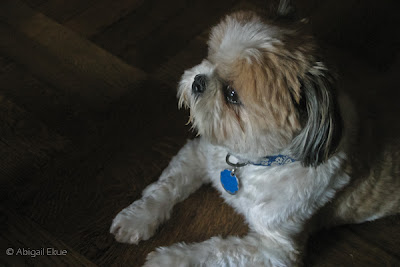 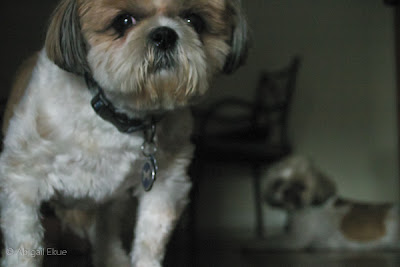 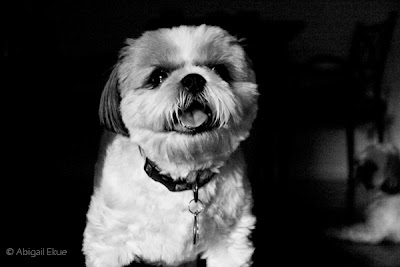 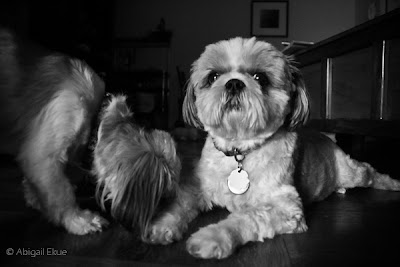 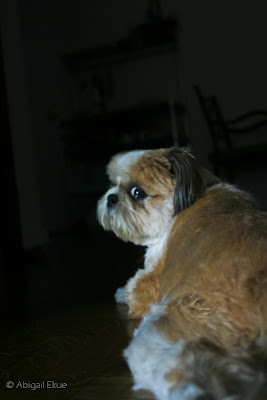 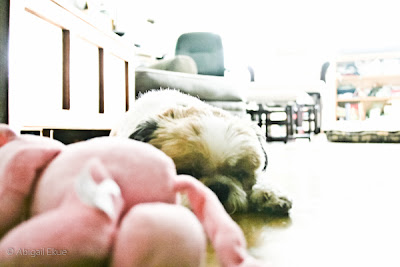 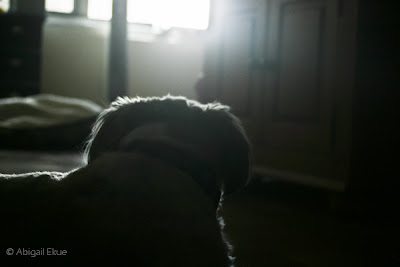 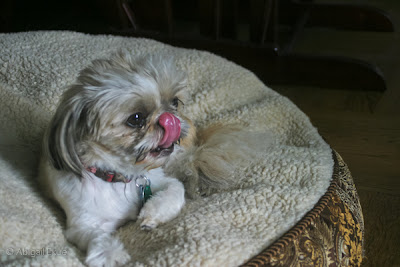 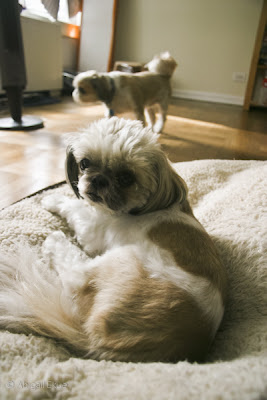 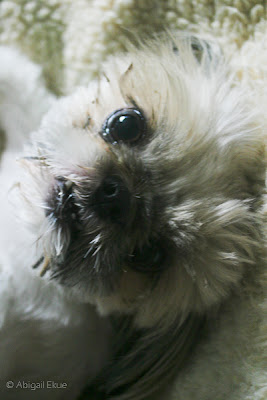 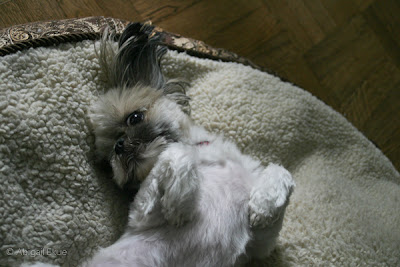 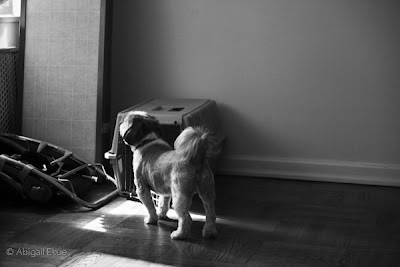 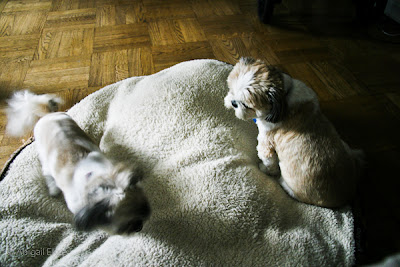 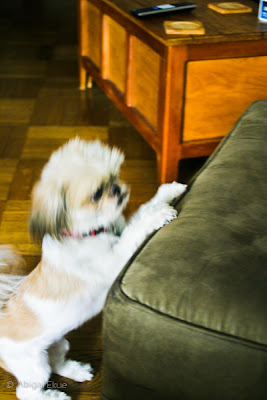 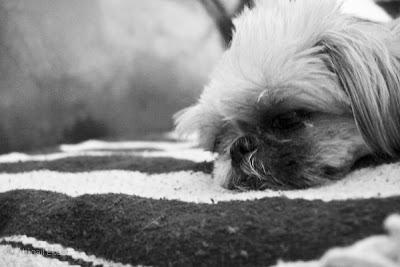 Dogs definitely have temperaments. I won't say personalities. And compared to cat-sitting, I'd say dog-sitting is similar to babysitting but definitely NOT the same.