Know The Past, Find The Future Book Launch Monday, May 23, 2011 marks the 100th Anniversary of the New York Public Library's Stephen A. Schwarzman Building (that iconic Beaux-Arts building guarded by Patience and Fortitude on 42nd and Fifth).


To celebrate the centennial a collection of 100 essays and memories of the library's treasures were compiled in Know the Past, Find the Future. The book launch was held on May 19, 2011 at Vanderbilt Hall in Grand Central Terminal. It was the perfect location to hold the event according to Jay Walder, CEO and chairman of the MTA, because Grand Central and the NYPL are "architectural cousins". 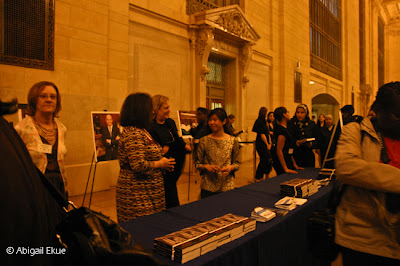 Copies of Know the Past, Find the Future were given away, free, at the event. Penguin Classics printed 25,000 copies of the book at no cost to the NYPL. This is also the 65th anniversary of Penguin Classics. Kathryn Court, president and publisher of Penguin Books, felt it only right to marry the two. This book represents the democratic core of the library--it's accessibility to all. Readers are encouraged to pass the book along. Paul LeClerc, president and CEO of the New York Public Library, encouraged guests to leave it on the bus, on the seat in the trains. There's even a graphic on the inside cover where the library card would be,  for you to sign your name under "This book was read by:" The book is intended to be circulated.


The latter were at the launch event at Grand Central Terminal. McCann, Plimpton and Stace each read excerpts from their essays and later signed copies of the book. Wesley Stace aka John Wesley Harding read his excerpt, sang an original song about New York (from which he horrifically moved to Philadelphia and now spends more time in Penn Station) and so graciously personalized his autograph in my book and sealed it with a heart. I made sure to get my book signed by Beowulf Sheehan, the photographer responsible for the cover photograph and all the beautiful portraits in Know the Past, Find the Future. From my brief interaction with him, I could tell Sheehan has the ability to draw people "out of themselves" resulting in great images.

The book is available at branches of the NYPL and free events throughout New York Public Library's Centennial Festival including readings by Lemon Anderson, David Hyde Pierce and Anika Noni Rose.


I'd only hope libraries are around for another 100 years. They are facing budget cuts and can't survive on tax payers dollars alone. During the events as the speakers spoke and the writers read, I thought back to when I worked in the library at LIU. I worked in the circulation department. We had our moments of students coming and going, stressed over exams, working on papers and we had moments of silence and solitude. I loved going into the stacks and putting the books that were returned the day before away. I was always bound to discover a new treasure that I'd want to check out of the library.


I started reading Know the Past on the way home. It opens with a joyful essay by Laurie Anderson (performance artist/inventor) about finally being able to see the number one treasure on her wish list: The Declaration of Independence. Ishmael Beah (writer) recounted listening to his teacher read Treasure Island to him and his classmates in Sierra Leone and then acting out the characters in the tale. Samantha Bee (actress/author) beat me to it and has left surprises for future visitors to the NYPL.


"I read my way to the South Pole long before I ever set foot there." That's the opening sentence to William F. Baker's essay "Reflections for the Library's Anniversary". How many of us have read of far away lands before getting the chance to travel? Books are what fill us with wonder and answer our many questions. They also prepare us for the future.

A simple part of the charm of books is that they disintegrate. No book can be protected forever. There are simple laws of nature, maybe even laws of God. Even if we sealed our books in hermetic tombs, some distant day entropy will gnaw at the pages. It's called age--it's the democratic thing in the world and it happens to the best of us, even James Joyce...  So now a confession: There is a beautiful copy of Ulysses in The New York Public Library's Stephen A. Schwarzman Building. A first edition...  And I love the book: it's the greatest novel ever written... I didn't even get to touch the pages. I leaned over when them, breathed them in. The ineluctable modality of the visible. But when the book was put away a tiny flake of page fell from the inside onto the blue cloth beneath. This happens. Books will flake. A crumb, really. The book was put away. Wrapped, protected, humified. But the miniscule flake still lay there. It would soon become dust. I stared at it. And then I did what any heartsick lovesick booksick wordsick worldsick joycesick fool would do.
I ate it.

-  "Ineluctable Modality of the Visible", Colum McCann
This excerpt totally made my heart smile when McCann read it at Grand Central. I don't know how many of us would admit it, but many of us would've done the same thing. As close as he'd come to his favorite book, he wasn't able to touch it, but found a way to take a piece of it with him. Priceless. I know my day will come when I'm asked to contribute to a written work of this importance and sentimentality as a native New Yorker and writer. 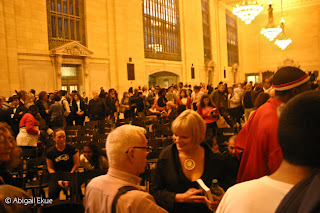 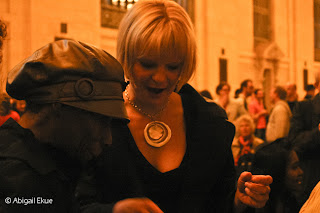 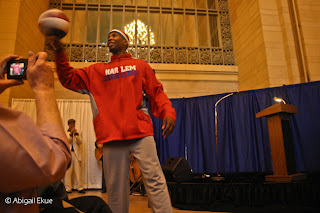 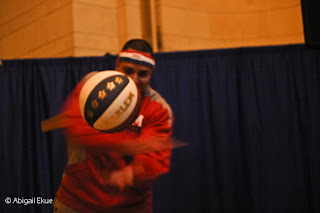 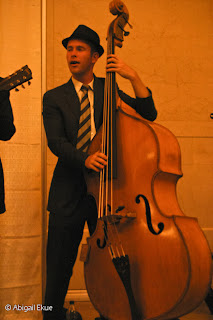 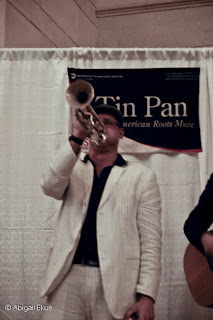 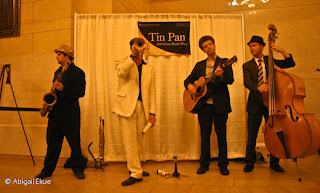 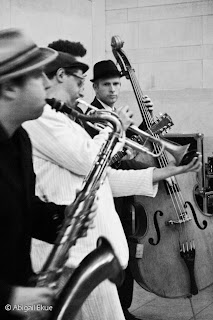