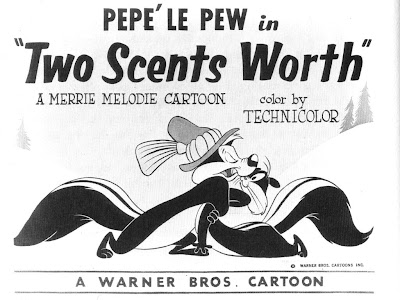 Dominique Strauss-Kahn, former IMF chief attacks a hotel housekeeper, a "chambermaid" this past weekend; chases her stark nude down the hallway, forces himself on her and forces her to perform oral sex. She escapes. He flees. She reports the incident. He's apprehended on the tarmac, minutes before take-off. This is something straight out of a movie, or Law & Order: SVU.

Does this explain why Strass-Kahn is considered the victim by some French supporters?


I used to watch cartoons all the time growing up, Pepe le Pew included. In the beginning it was, "Aww, he really likes the cat, that he thinks is a skunk." But geez, after a while it became clear to me as a prepubescent that she wasn't interested and he didn't care.


There must be some truth to that portrayal of French men, no?


French men are portrayed as highly sexualized Rakes. There's not a lot of  masculinity to French men. I wouldn't consider them Alpha males, but there is an undeniable sexuality and sensuality that is intoxicating. I've gotten drunk off of it a few times. However, the sense of sexual entitlement--is it taught outright in French culture? Is it accepted by men and women? Is a man not considered to be truly interested in a woman unless he forces himself on her; so taken by her beauty that he becomes a beast?


Strauss-Kahn was described as behaving like a gorilla during the attack, the sexual assault grew violent. Praise be, I've never experienced that from any man. Thankfully, if I've said "no", that's where it stopped. I think part of the "acceptance" (in the U.S.) is because very rarely are the incidents portrayed as violent. The woman is "talked" into the situation. He'll caress her face, steal a kiss, but they're sure to make it clear it was kiss she "wanted", one she couldn't resist.


Side note: Will Warner Bros. reconsider the live-action Pepe Le Pew movie in light of this scandal? 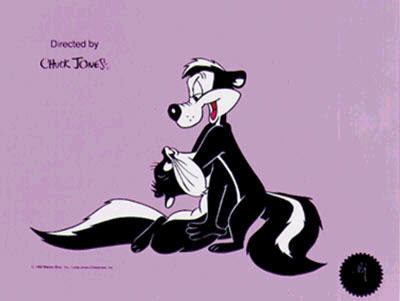 Men go to Rio. Women go to Paris...?
A friend of mine invited herself on one of my future trips to Paris. I agreed that it would be a lot of fun; we could make it a Girl's Only trip, she said she plans on meeting a few "Frenchies". That's the purpose of her trip. I won't be a prude like Lois in Family Guy's "Foreign Affairs". I can relate to Bonnie and I can relate to my friend. There's this desire to be seduced and sexed by a man from Paris that's driving them across the Atlantic. I wouldn't be surprised if many of the men who "service" foreigners are married. I wonder if it's considered their duty to make a woman's trip memorable? Is this common knowledge to everyone? If so, how accepting are their wives or partners? I've got some research to do.
Listen to what François says in this clip...