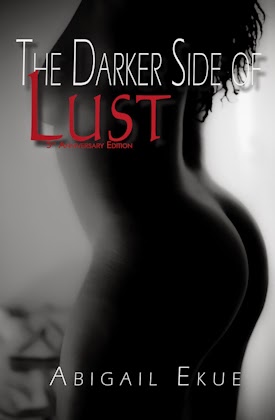 
This time around, I didn't want to have one launch event. That felt too "one and done" for me. With a series of events centered around The Darker Side of Lust, I'm able to reach different people and include things that I like including music, live art, food, and of course, reading, writing and erotica.


I've also been working on getting my book on the shelves at various independent bookstores. The first edition was available at 2 bookstores - including Shakespeare and Company in Paris! - and SHAG, a sex-positive boutique in Brooklyn.

The Darker Side of Lust - 5th Anniversary Edition is currently available in four (4) independent bookstores and a major retailer. Skylight Books in Los Angeles, CA. They pride themselves on being fiercely independent.

Word Up Community Bookshop in New York, NY. It's a volunteer-run independent bookstore in Washington Heights. I hosted a reading and author talk there earlier this year too.

WORD Jersey City in Jersey City, NJ. I'm partnering with them in their Local Author Program

I'm back in bed with Babeland. The Darker Side of Lust - 5th Anniversary Edition is available at Babeland. When you buy your copy and have devoured it, be sure to leave a review!


I'm so very grateful to the book buyers who purchased The Darker Side of Lust - 5th Anniversary Edition direct from me. To my international readers, I have been in touch with some bookstores in the UK, Amsterdam and Australia - let's keep our fingers crossed. You can order your copy direct from my website though.


Once I make my book available through Ingram, I know I will be able to extend my reach to other bookstores. Until then, be sure to visit and support the independent bookstores. They thrive thanks to you and they support independent authors!