A Random Moment with Nimesh Gandhi

Only a few minutes after meeting him I knew I wanted to interview him. He expressed humility, a willingness to learn and shared part of his process all in our 5 to 10 minute chat. I was encouraged by a friend to hang around and listen to his set at the Nuyorican Poets Café that night, and I'm glad I did. His vocals and the band backing him that evening really effected me with its rich sound. At his gig at LIC Bar on June 27, he granted me this interview despite his usual "pregame" rituals.


My name is Nimesh Gandhi, I am a singer/songwriter and I also do some acting. I’ve recently created an act around my last name—Gandhi. My ancestors, my parents are from outside of Bombay, so that’s my origins, and I was raised in Indiana (laughs) From India to Indiana. My New York story is – I focus on singing and songwriting and working with a lot of quality rock and jazz musicians.

How long have you been a singer/songwriter?

I’ve been developing as a singer/songwriter for over 9, 10 years and it began to mature in the work with the producer, William Moses. His and my work together put me on the map as a singer/songwriter. Before that I was experimenting with guitar and my voice; I would play with bands and I would not really focus on my voice. He helped me shift to a focus on my voice and a focus on storytelling. All of what I had been working on up until I met him in 2005 was developing stories, songs, and by the time he and I got together, we realized all the material together. 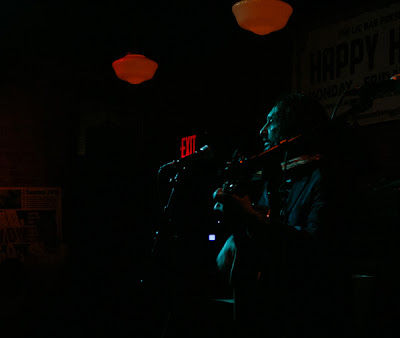 I remember when we first met you told me a story about how you realized how difficult songwriting was or how you found a method that worked for you. Can you tell me that story again?

Where it started was my misconception that writing poems, which I used to do, I could simply take those poems and just translate them over into songs. I was beginning to dabble with guitar and I was finding out that I could sing so I was like this should be easy, I’ll take 15 poems and turn them into 15 songs and I was way off, way wrong, completely off track. I just stayed with it and at one moment in time I discovered the sound of the guitar could evoke things out of my voice that would ultimately become words and ultimately have melody and “songmanship” to it. So I had to go a different route through that mistake.

Are you still acting?

I do. I audition. I’m a New York actor. I get work in film and TV. I do commercial work. My focus right now is to continue on with film and TV. I recently finished a Bollywood movie, where I played a supporting role, that’s gonna be shown in India and in America – so it’s Bollywood-Hollywood. I played an oddball guy that’s just moved here from India and is trying to make his life in 1973 and he runs into a lot of problems because he wants to get married and he feels like he’s going to have to go back to India to find a wife, and he’s very depressed—a very fun character to play. The director, writer and producer is Salim Khassa. That movie will be released in the fall in Bombay and America September 7th and it’s going hand-in-hand with the PR release of a song you’ll hear tonight called “Anjali” -- “Anjali” is being released in the marketplace while I also have a supporting character release in his movie.


Did you move to New York for the art scene?

My friend from college thought I could be a good salesperson for a tech firm at start-up and said, “You should come out and interview for it.” So I did, I got the job and about 9 months later I was really struggling and the VP of Sales wanted to have a talk with me. He said, “I don’t know that it’s really working out; you’re a bit shy, you’re not really dynamic in meeting [people], have you ever taken an acting class?” I said no and he said, “I’m willing to give you one more shot but you need to take this acting class.” So I would drive into the city from New Jersey where I lived and I would take an acting class every Thursday night and I loved it. From that point and also dabbling in music I just decided to become an artist; an actor and singer, so that was the beginning of the process.

What are your thoughts on the art scene here in New York?

I feel rejuvenated as an artist. I believe in the scene. I’ve seen a lot of musicians come and go, I’ve seen actors get frustrated—I’ve been there myself, but I’m a believer in what’s happening here, there’s too much history and there are way too many talented people to believe that this can’t be a scene, it is a scene. Particularly in music I’ve learned that I’m collaborating with some of the best musicians on the planet so there’s no reason for me to not take the bull by the horns and get excited about doing it. I feel like there is genuine and sincere work being done here. You have to peel the onion a little bit but it’s here.

Have you found that there is an Indian art scene or a subculture and are you a part of it at all?

Yeah, as an actor I really learned that there is, which I didn’t know 10 years ago. American society is beginning to view South Asian, Indian culture as now, sort of eligible to be on TV and in the movies so there’s been a shift over 10 years and I’ve been part of that here in New York. I’ve played roles as taxi drivers on shows like Louie, I’ve been the Maharishi on Life on Mars, the TV series, so those colleagues of mine that are Indian, that are South Asian, we’re all kinda coming up together and that scene exists here. It’s not a huge scene but it’s a scene where these kids that I grew up with in America are now becoming important in the media and in the art world

What stereotype do you fit?

As a singer, I feel like I’m a frontiersman. I don’t think there is a stereotype so much for a singer-songwriter. I’ve been influenced by John Lennon, David Bowie, The Beatles, The Rolling Stones, a lot of 60’s Brit Pop Rock and psychedelia certainly had an influence on me - Pink Floyd, The Moody Blues, so my persona as a singer-songwriter I don’t believe fits any stereotype. But as an actor, clearly—hot dog vendor, taxi driver, spiritual leader—yeah, that stuff I could talk about all day long, that stereotype exists but I’m excited about being a singer-songwriter because I don’t know too many people like myself who are American, of my ethnic background that are doing this. 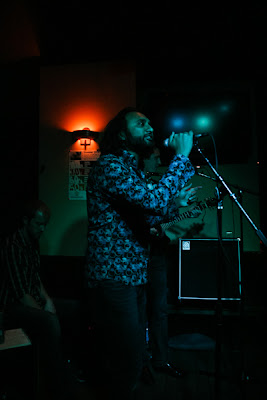 What is your pre-show ritual? What are the emotions you go through before a show?

I try not to talk a lot ‘cause I try to preserve my voice, but I’m breaking that rule right now. I try to engage with people, stay calm and in the flow and interact; I don’t wanna just isolate myself. I drink a lot of water. I sorta just take in the atmosphere and hang with my musicians.

Do you have any love songs? Is there any eroticism in your music?

Love and eroticism and sexuality are topics I continue to go deeper and deeper with. Certainly in the last 15 songs I’ve written there are erotic elements all throughout the work. In the song “Anjali”, that’s a song about an urban relationship in New York so there’s certainly love involved in that and I sing another song called “Love is in the Air” which is more a love of humanity. I think romance is important to me as a person and I love speaking about it, singing about it. Sexuality is difficult to breakthrough for me because I wasn’t really raised to speak about sexuality so as an artist it’s exciting to be able to sink my teeth into it and do it.

OK, songwriter, and former poet, what’s your favorite word in any language, and why?

Hope. I think it translates… it’s universal. I’ve learned about it through this choice I’ve made, a very strong choice about converting from a corporate sales guy to an artist. I feel like whenever the chips are down or there’re tough days, hope is something I’ve begun to believe in more. I don’t know how religious I am. I am spiritual… hope is a thru line of almost everything I’ve ever sang, it is existent in what I live and believe in and it exists in my work so it’s an important word.

If my muse were an animal, it would be…

A flock of beautiful birds… Be free from societal obligations. Remain on the earth but soar, high, and still involve myself in land and water. I think of the ocean a lot and animals that… seagulls, flamingos I thought of, yeah for some reason I’m relating to birds right now, flying free. 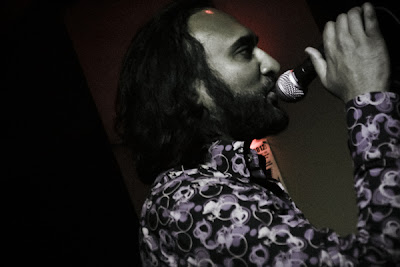