WrestleMania 30 will take place on Sunday, April 6 at the Mercedes-Benz Superdome in New Orleans, LA.

If I had the opportunity to give a pep talk in the locker room before show time it'd be:
Go Hard in the Big Easy


With a card booked with the matches Daniel Bryan vs. Triple H, John Cena vs. Bray Wyatt, The Undertaker vs. Brock Lesnar, a Triple Threat main event title match between Randy Orton and Batista and either Daniel Bryan or Triple H, The Shield vs. Kane and the New Age Outlaws and the Inaugural Andre the Giant Memorial Battle Royal there's plenty of opportunity for incredible wrestling, smash-mouth bouts and good ol' fashioned slobberknockers. 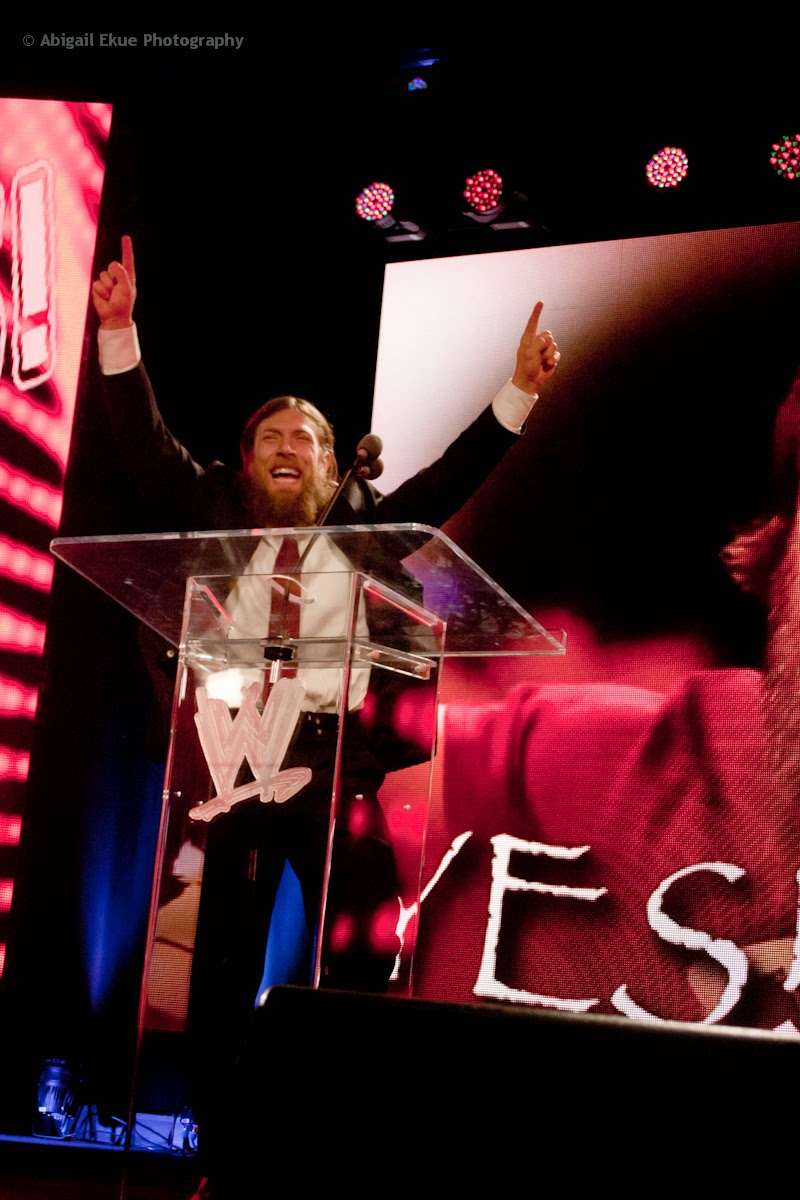 This year's WrestleMania will be the first PPV available on the WWE Network with special start time of 7pm EST. It will also have a 2 hours of pregame programming beginning at 5pm EST. The second hour will be available exclusively on the WWE Network.


As a kid, Daniel Bryan didn't have the opportunities to watch WrestleManias. The first WrestleMania he got to see on PPV was WrestleMania 12. I say that's fitting considering the Iron Man Match between Bret Hart and Shawn Michaels. Bryan is still in awe of the power of the internet; to be able to bring WWE action to anyone in the world and his opportunity to be a part of it. The last thing he'd think about before going to sleep every night was being a wrestler. The kid's made it. Through hardwork and patience -- his MO.


How far will Daniel Bryan go to defeat Triple H and get into the WWE World Heavyweight Title Championship Match? Is he concerned that he may alienate some of the YES movement by crossing over to the other side? We shall see. Triple H does have a way of bringing out the best and worst in his opponents.

The next time we see Daniel Bryan he may look a little different. His beard will be trimmed for his wedding to WWE Diva Brie Bella the Sunday after WrestleMania. It was endearing listening to him talk about his fiancée and their life together. Congratulations to the happy couple!

It was great to see Hulk Hogan up close and get one last look at the former title belts before a new WWE World Heavyweight Championship belt is unveiled (I assume) but a major highlight of the event was Batista going off book, declaring whoever wrote his notes for him should be fired and acknowledging how awkward he was participating at the press conference. We also got to witness his version of "Gollum and Smeagol" as he played himself and unruly fans who taunt him with "Boo-tista" chants and deride him for wearing those damn skinny jeans.

No matter the outcome of the main event at WrestleMania, will a rematch be granted the next night? It's been a long time since we've had a heavyweight title bout -- clean, one fall to a finish on Monday Night Raw. That would be what's best for business.


John Cena shared with us the morning he spent with Hulk Hogan while they were on Good Morning America. When a fan approached Hogan and told him he was there at WrestleMania III, Cena realized how important those memories are for fans and that now the WWE Network makes it possible for millions more to "be there" for WrestleMania 30. Maybe even while hailing a cab in NY and watching on your smartphone.

All the WWE Superstars and Divas that were on hand at the Hard Rock Cafe came out for a photo op at the end of the event. Later, one-on-one interviews were conducted with various media outlets including TMZ, OK! Television, and Sirius XM. 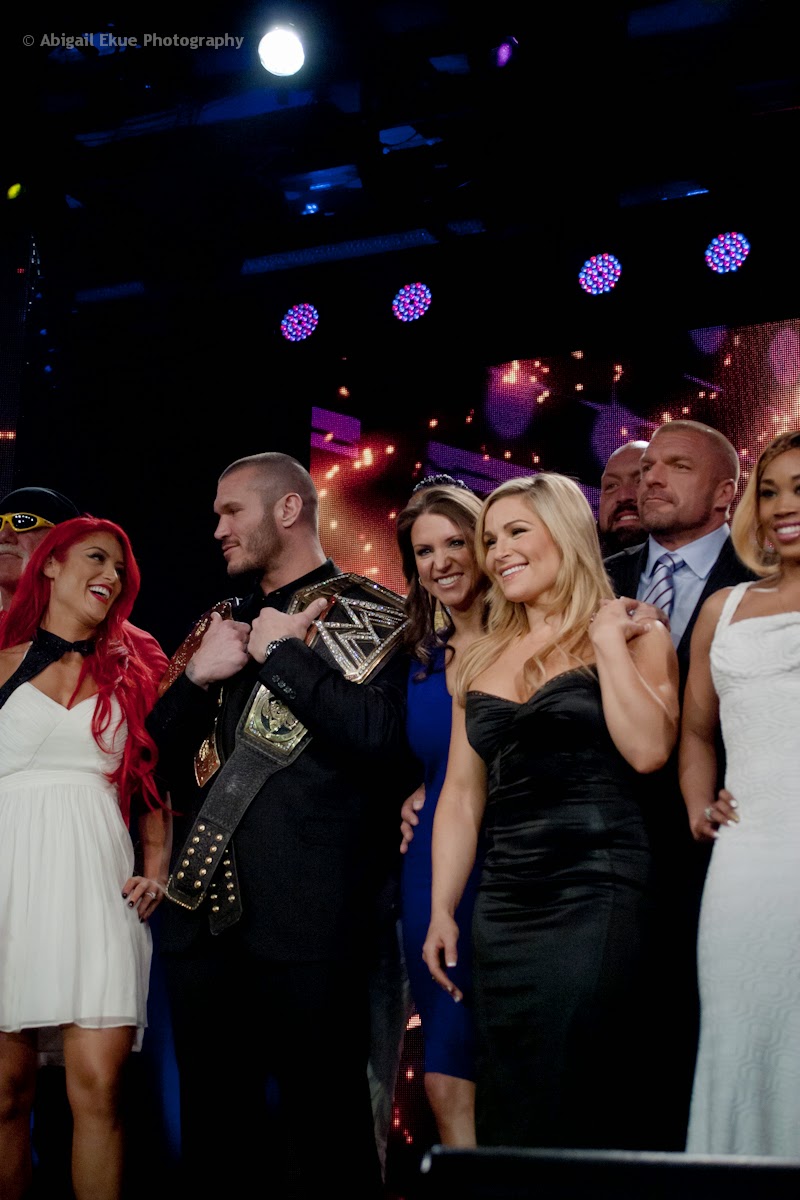 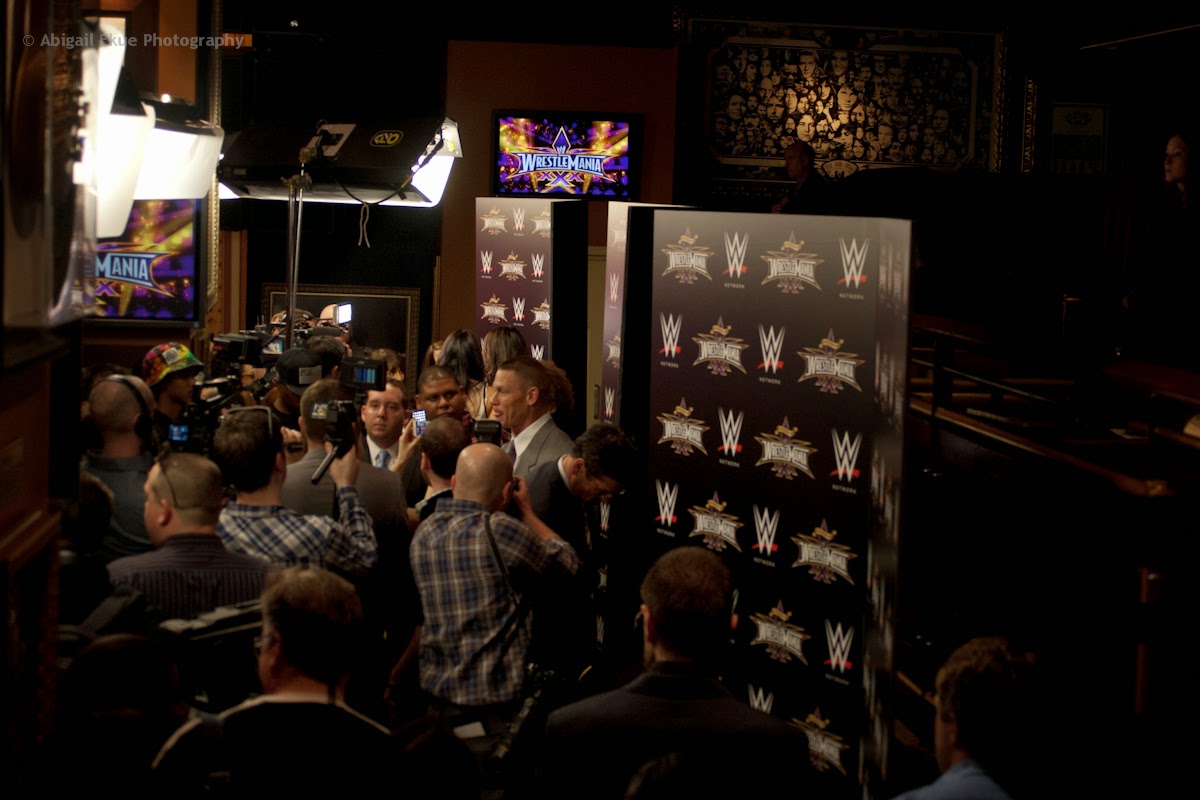 The rest of my photos from the WWE WrestleMania 30 press conference can be found on Flickr.

After this week's Monday Night Raw a friend and I recapped and looked forward to Sunday's event. What if WrestleMania is not good we worried. She text: I think I'll be sad if it sucks. I replied: I'll riot.


Seriously. If you hear on the news about a disturbance on the George Washington Bridge during the early morning hours of April 7, it's me.