A Random Moment with Damali Abrams

We met at the opening reception of her exhibit at A.I.R. Gallery in DUMBO. In person she was quiet and humble, on the video screens we viewed 365 of her characters. Summer of 2011, I watched a video she exhibited addressing the hot button issue at that time - unattractive Black women destined for lifelong singlehood - at an event at Bluestockings book store organized by her sister, Abiola Abrams. On July 18, Columbus Circle was under the deluge of a summer thunderstorm storm so we took refuge in the Time Warner Center for this interview. 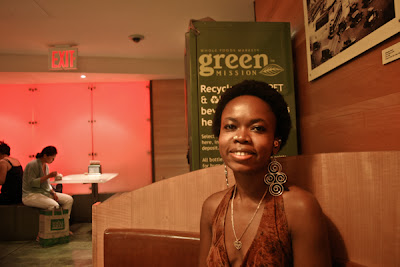 My name is Damali Abrams. I’m an interdisciplinary artist but I work mostly right now in video and performance but I also do collage and mixed media.

How long have you been involved in the arts?

Well, I’ve pretty much been involved in the arts all my life; I studied dance growing up, I’ve written poetry since I was a little girl and then I started getting into more visual art as I got older.

I started by doing collages. I’ve always loved magazines, I’ve love images. I was never very good at drawing so I always just cut out images and put them together and make collages out of them.

And that lead to your video art?

Yeah, I was doing collage for a while and through that work, I got into grad school. And during grad school, I had an advisor who kept saying let the content dictate the form and as I thought about what I was trying to express, video seemed better at the time.

When we first met, it was at your show, Autobiography of the Year. Explain that piece briefly.

Autobiography of the Year was a four screen video installation; during 2009 I recorded video diaries every single day and then I edited them together in four quarters of the year and into that installation.

Before doing that project, did you keep a diary on a regular basis or was that project your first go at chronicling your life?

I obsessively keep diaries. I’ve been keeping diaries since I was a little girl; I have diaries going back to 10 years old. Recently in the past couple of years, I started doing live readings from my childhood and adolescent diaries.

Tell us about Self-Help TV.

Self-Help TV was a video and performance project that started also when I was in grad school. The idea of it was taking 2 things that I guess I’ve been addicted to or also obsessed with – television and self-help – I grew up watching lots and lots and lots of TV but also reading a lot of books, specifically reading a lot of self-help books and being critical of both and thinking of ways of if I could create my own television network around this idea of self-help what would it look like. 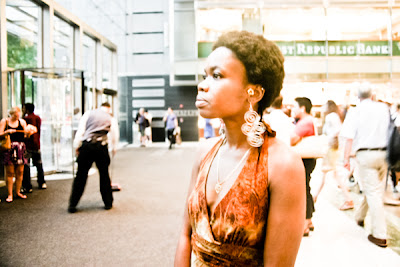 Did you have any reservations about sharing your life so openly?

Yeah, definitely. In real life, I’m a very guarded person. I’m a very private person; I was raised to be very private, to hold everything in and I guess I got to the point where I realized that was unhealthy and I needed an outlet for it and so I used my art in that way—to help me express things that I’m uncomfortable expressing in my life. I mean things that my closest friends don’t even know about me have come out in my art.

Discuss your involvement in Black Art in America.

As soon as I heard that [Black Art in America] that site, or a social network started I was excited about it because there are so many of us but I guess it’s not always easy for us to connect so it’s great to have this one space where we can look at each other’s work, communicate with each other… yeah, it’s great.

My favorite word is mellifluence which means a "sweet, smooth flow" and because of the definition it’s why I really like it. I tend to be very tight, stressed… and I’m always just trying to go with the flow, get more and more relaxed and so that’s why I like that word.

By nature you’re a closed person but your art also shares a lot about you… is there any level of eroticism in your art?

It’s a natural part of who I am but I guess I’m just working up the courage to be able to share it more openly. 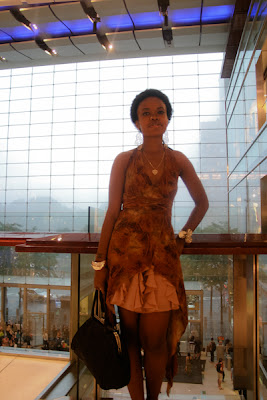 What’s the message behind your art?

The overall message is about, how do I say it, it’s about being comfortable with ourselves. I feel like Iyanla Vanzant always says when you share your story you’ll heal yourself and you’ll heal somebody else. I feel as a culture most of us are very guarded, most of us don’t really share a lot of things and because of that we harbor all this shame about different parts of ourselves. Anytime I do open up about something that I’m so embarrassed about there’s always somebody else who says me too, I can totally relate, I’m so happy you said that so I think that the more we’re able to do that the more we’re able to connect as humans, the more we’re able to find common ground. I think that’s the beginning of getting to the path of world peace, where we can all just see that we’re all, on some level, the same.

What stereotype do you fit?

Angry Black Woman [laughs]; I’m very angry. Starving artist [laughs]; I don’t have any money. That’s all I can think of right now.

Are these exhibits all visual arts? Are they mixed media?

I have another exhibit coming up at the Caldwell Center in New Jersey. That one’s gonna be a piece called, “I Heart Barack”—it’s a portrait of Barack Obama that I put all these heart stickers all around. The others are all mostly video. I’m still working out what I wanna do for the LIU exhibit, I’m not exactly sure, but the others are all gonna be video and for the tART exhibit next year, I’ve been challenged to include dance in my work again so I’m figuring out how I’m gonna do that. 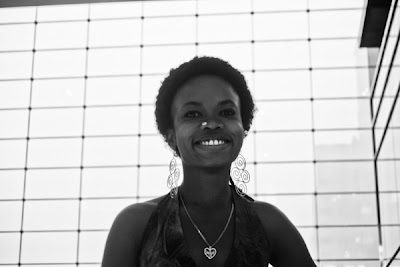 I’d like for you to complete this statement: If my muse were an animal, it would be…

They’re just magical. Yeah, otherworldly, magical, how I feel; just out of place in this world but beautiful, magical, special.