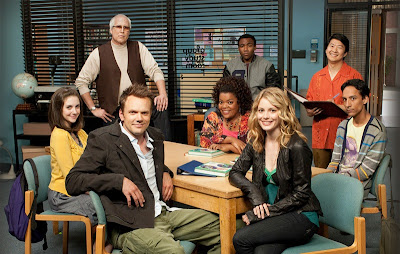 I had been slowly falling out of love with Community. I didn't know what was going on this season (and the latter part of Season 2). The episodes just weren't the same. It was as though they felt they had to place the characters in outrageous or "meta" situations to keep the show interesting.


In my opinion, what works for a television show about a study group in community college is to keep the cast and storylines in the community college. I thought we were going back to that formula at the beginning of Season 3 with the introduction of the new Bio professor, Professor Kane (Michael K. Williams from Boardwalk Empire) who merely wanted to know what happened to Lego people while he was in prison.


The first season (and part of the second season) worked because we saw characters go through their arcs in various episodes, dynamic relationships were developed, opponents were revealed...and the episodes were on campus; new characters were introduced to add to the group dynamic (Jack Black harmonizing cracks me up every time), the school dances were perfect for getting all the characters together and working out subplots or having more hilarity ensue, I still sing "Getting rid of Brita" and "Pierce, you're a B", paintball was classic, Halloween, the blanket fort, debate ("Man is evil!"), pottery class, the chicken finger "family", the game of strip pool, Dungeons and Dragons, the STD fair, the Human Being was born then all of a sudden Pierce became a crotchety evil genius, Abed made eye contact and Troy seemed to gain all this life insight; what the hell?


It all hit me during the episode, "Documentary Filmmaking: Redux", in which the Dean was making a commercial for Greendale. Character conceits were still demonstrated and the story moved forward with the school being the underlying theme and/or location. Forgive me for having no comment about the foosball episode, "Foosball and Nocturnal Vigilantism"; a dud in my book. But the episode, "Regional Holiday Music" brought the series back around. Not to mention I related to the ridiculousness of Glee they made obvious (Did they make it to NY?). Community blatantly pokes fun of other television shows, brilliantly. They've also been great at including real-life traits of the actors into the episodes. This time around we got a glimpse of Childish Gambino.


Before "Regional Holiday Music" when's the last time the study group was in the study hall (not counting dream sequences) or in a classroom? And now I'm learning that the future of Community is in doubt; I want to see Troy and Abed in the morning! and not have them end up on Netflix like Arrested Development. 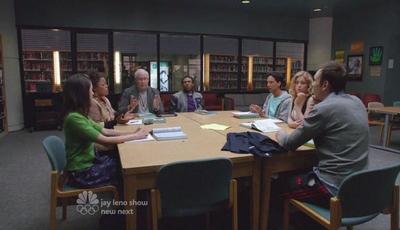