Air In The Square 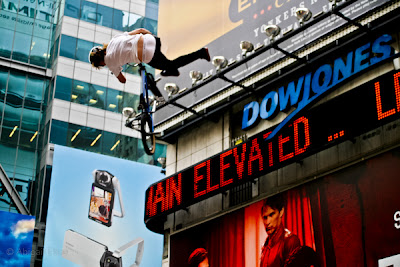 
When I received the email from MSG, I was intrigued. I'd watched only a handful of similar events during the initial X-games craze years ago. This would be the first time I'd witnessed this sport live. It was thrilling to say the least. They are serious athletes. And fearless. By the end of the event, I did form an attachment to a few of them--Bob Burnquist, Jett Eaton, Jager Eaton, Andy Macdonald, Mike Spinner and Austin Coleman. Another favorite, Colton Satterfield was the winner of the BMX tournament. 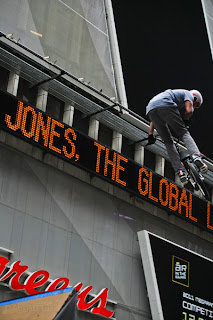 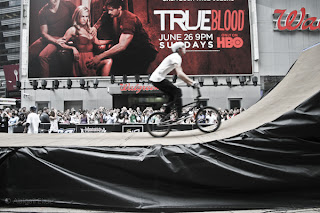 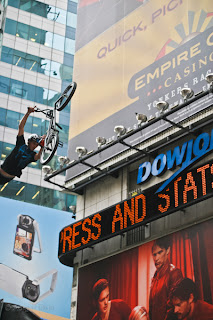 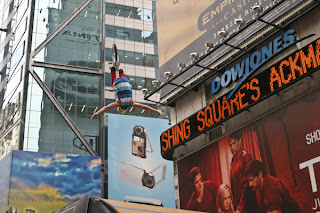 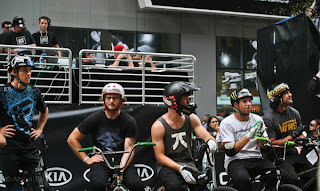 These young athletes also become favorites of the teenage girls who were at the event. I must say the young men handled the cat-calling pretty well.


Andy Macdonald was great on the ramps and with the fans. He gave high-fives and signed tons of autographs along with Bob Burnquist. I got one, but have already promised it someone. The Eaton boys were so inspiring, focused and adorable. Here I captured a moment of play, before the competition began. He kept trying to jump on his board with both feet at the same time. 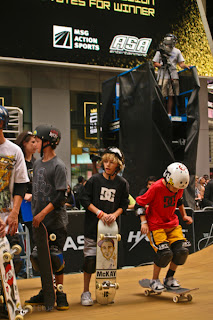 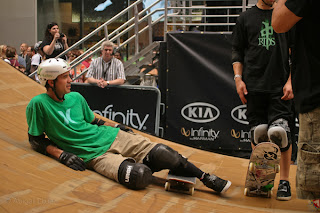 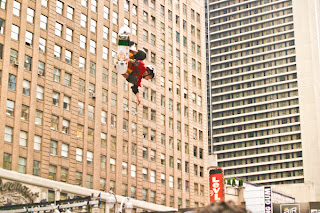 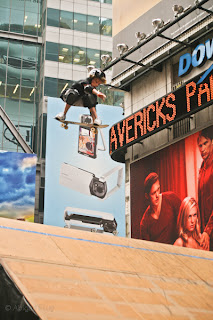 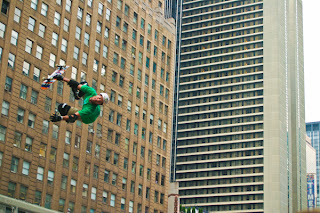 Mitchie Brusco won the competition and was overjoyed as U2's "Desire" blared over the PA system. He gave interviews and his mother blended right in with all the press photographers taking her own photos of her son. Later she was interviewed and they asked her if she nervous or worried watching her son compete. She said no, that he's worked hard and she was very confident in his abilities and proud of him. They leave in a few weeks for Brazil for Brusco's next competition.


This man was über-excited. He was visiting from Brazil and shouted out to Burnquist in Portuguese. When I realized that Burnquist was from Brazil, it got be thinking about Brazilian race relations. I swear, sometimes, you just can't turn your brain off. He also spoke to Lincoln Ueda in Portuguese and posed for photos.


I'll keep a look out for what's next with these athletes and what's going on in the world of BMX and skateboarding.