On Saturday, February 22, 2014, the Cystic Fibrosis Foundation will host its 14th Annual Guys & Dolls Bachelor/Bachelorette Auction. To date, Guys & Dolls has raised close to two million dollars in funding to cure cystic fibrosis and virtually every approved drug for cystic fibrosis was made possible because of support from the Cystic Fibrosis Foundation.


Guys & Dolls hosts a gala each year with 700 attendees who come together for food, entertainment and charitable giving in the name of cystic fibrosis research.

The Guys & Dolls Bachelor/Bachelorette Auction will be held the Hilton Charlotte Center City in Charlotte, North Carolina. That's quite a ways a way from New York so what's the Native Creative Concierge connection? I was invited by Guys & Dolls Bachelorette Laura Wright to be a date package sponsor. The winning bidder will receive a 3-Hour Private Walking Excursion for Two as part of the "City That Never Sleeps" date package.


I'll keep you posted on the winning bidder! They have four days to experience NY, so, yeah, they probably won't be doing much sleeping. And {The} Native Creative Concierge has 3-hours to make their time in New York City memorable... ::::cue Jeopardy theme music::: 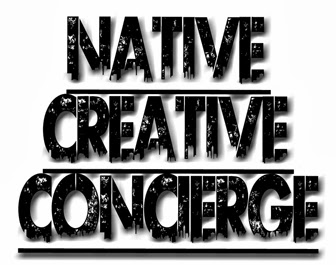