Telling Time On My Biological Clock 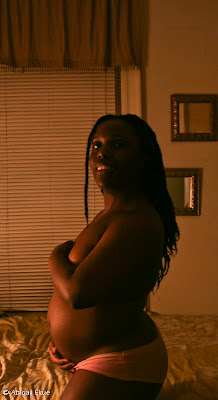 Last Friday, I got a phone call. I didn't recognize the number but I answered because it could've been a potential employer calling.

"Mom?" a little boy asked on the other end.

This was the first time I had ever been called that, even if it was a mistake. People tend to assume I have children and are surprised when I tell them that I don't. But it's weird, I paused, thinking, "Am I?" I think I said "hello" again or "what?" or "excuse me". He asked again, "Mom?"


"No, I'm sorry, you have the wrong number," I said, sad to disappoint him.

"Oh..." he sounded so sad. Then I heard him speak to someone in the background, "She said it's the wrong number..." he trailed off before he hung up. I really hope he found his mother. If you're out there "Mom", he was calling from Jersey (201).


A few months ago, I started reading Ready: Why Women Are Embracing the New Later Motherhood. I stopped reading that book because I started reading books of travel essays and made a quick jaunt south of the Mason-Dixon Line. I'll pick up Ready again in the New Year. But I have a feeling women that Gregory interviewed for that book will probably have the same reasons for waiting that have kept me childless -- there are experiences I want to have before becoming a mother and I want to be able to afford the child.


That phone call did get me thinking about who I'd have a child with. A nuclear family is all fine and well, but that's not a guarantee. Years ago, I'd come to the conclusion that I was fine with being in a common law marriage (hence long term) and having children in that scenario. I'm not a fan of having children with a man who already has children. I want to be the first. There would have be something REAL special about him to change my mind.


I'd have children with a platonic male friend. Years ago, a friend was diagnosed with testicular cancer. So we discussed freezing some of his sperm before his surgery and having children together. We weren't in a relationship, but he's someone I could co-parent with.


Then there's surrogacy -- I would totally do it for someone after I've given birth to my own biological children.


The latest scenario that was triggered by that phone call, men in my life and recent events: have a child with a young(er) man yet I would partner with an older man. So the younger man would have to be someone who I like as a person and who I'm attracted to genetically. The older man is for me. My companionship and relationship wants. I connect well with older men, but I want my child to have a father for a majority of their life.


And then that got me thinking about the baby shower. When my clock strikes baby, I know what I want. My baby shower will include a yoga workout, a pedicure and leg massage in case my feet and ankles are achy and swollen and real food because me and baby are gonna want to eat.


I'm lucky that thoughts of babies don't consume my day. I can see adorable babies and children, appreciate their beauty, share that with their parents and move on. I don't wallow in this "when will it happen to me" mentality. I know it will happen and that's all that matters.


For now, the only baby I have is Samantha, and she turns 24 tomorrow.