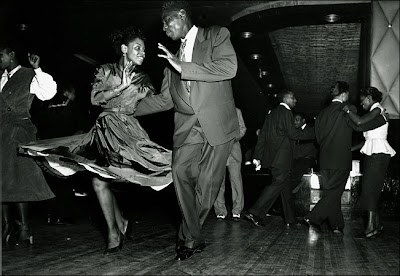 He extended his hand, "Shall we?"


After the Holiday Shops Opening event, that is how I ended my Thursday evening in Bryant Park under a crystal clear sky and waxing gibbous moon. He looked harmless enough, Ray did. That's his name. Ray. I didn't get a last name. Black gentleman of 60. He led me through the basics of the Lindy Hop and foxtrot. An audience formed, some snapping photos of us. When I caught on to the steps, he added kicks and spins. "Some times the man flips the woman over his head..."

There were a few hiccups but everyone's toes remained intact. He told me that when I miss a step to do a rock step, my partner will know what to do.

While he spoke to me about the Savoy Ballroom and Midsummer Night Swing, I noticed the moon. I had to take a photo. As we stood at the edge of Citi Pond, ice skaters whizzing by, we were approached by another gentleman. "Was that the Charleston you guys were doing?"

Ray told him we were dancing the Charleston and Lindy Hop. The two men conversed about dancing. Our new companion, reminisced about his older sister, 68, who at 16, would make him, at age 8, dance with her. But he never picked it up. It was as though he caught himself; he apologized for being someone to just come up to us and start talking--"my mother always told me I was too friendly."

"Well you and Ray are the same kind of man."

"Nope. He just asked me to dance," I shrugged.

"You guys dance well together. Do you dance?" he asked me.

I explained I'd never done any of those dances until that night. Always wanted to though. He bid us adieu, I placed my hand lightly in Ray's and we were off again. I was definitely getting the hang of it. I had the basics down and Ray assured me it'll be easy to look like Ginger Rogers and Fred Astaire dancing cheek to cheek--we actually danced to "Cheek to Cheek" (Frank Sinatra).


With a belly full of kettle corn, pickles, hot dogs, crepes and wafels, what better way to end the night, by dancing it off. 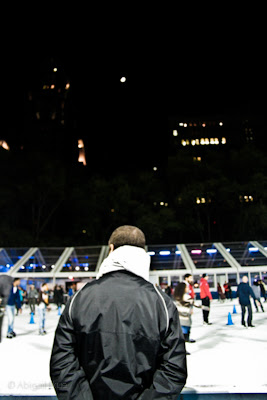