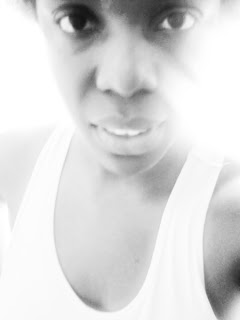 Not shying away from race, we sat in an Italian gelateria and openly discussed black and white. He's from the Midwest and feels at home when he visits NY. He's accepted here for being himself, regardless of his skin color or race that he identifies with.

He broke it down for me. Where he's from there's only black and white. Racially, but also where you live and how you act. The white people who act "black" are called "wiggers". The black people who act white are "Uncle Toms". I was familiar with the terminology although I don't hear them much in my circle. "So you're either black or white, but you, you're grey."

There are stereotypes and generalizations that persist; certain actions, behaviors and mannerisms are assigned to certain groups of people. Certain beliefs and ideologies are considered "normal" for one group and not the other. In his city of 297,000 he's considered weird because of his style of dress and lifestyle. His take? I'd be considered weird too.

In a world of black and white, I'm grey. That's one of the best compliments I've ever received.