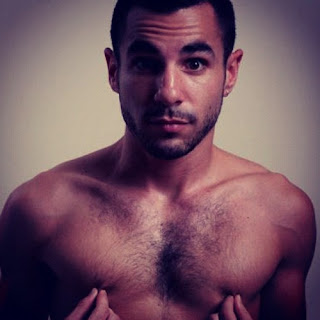 It was all about me for the first 30 minutes or so. No complaints there. Then he asked if I wanted to "do more" or "keep going". Sure, I thought. I was attracted to him and still in the mood. I returned the oral favor; he stopped me and commented on my skill level. Ok, we get to it and early on he asked me to squeeze his nipples. All right. Tweak tweak. But when I moved my hands he demanded that I squeeze his nipples again. What does Abigail do? She hooks up with him 2 more times after that.


Each time, I had to squeeze his nipples for the entire time. He even had to have his nipples squeezed while in missionary, chest-to-chest. I had to get my hands between us to squeeze his nipples. If I let go, he'd ask that I do it again. If we were in a different position (doggy in particular) he changed positions quickly because he'd lose his hard passion and have to get his nipples squeezed. The last time we hooked up, he insisted on putting his condom on his flaccid penis -- he wouldn't let me touch it or suck it -- tried to get in me while flaccid but the minute I touched his nipples... Boing!

So we're kissing and touching and I just knew sex was gonna happen. Our connection was passionate. He took off my shoes and massaged and kissed my feet a bit but nothing more than I'd had done to me in the past. He pulled off my pants and went to work below the waist. Thankfully, the way he kissed my mouth was an indication of the way he kissed below the waist. In reflex, my feet went up over my head but he took my feet and put them on his penis so I could give him a footjob. I wiggled my toes a little bit and could feel that he wasn't responding to anything. He stopped his work and rubbed my feet up and down his shaft they way he wanted it done. When he was on the floor, he wanted my feet on him. When he was over me he licked, kissed and sucked my toes, the top of my feet and my soles.

There had yet to be any vaginal penetration. He never fully saluted despite my cajoling. I squeezed some lube into my hand and rubbed it onto him, I think more in an attempt to get him done instead of ready. I sat on one of my heels, my other foot on the floor. He took that foot and held it with both hands the way he'd cradle my face to kiss me while I gave him a handjob. When he couldn't concentrate on kissing and licking the sole of my foot anymore he clutched it like a teddy bear but kept it on his face/mouth while he panted and released.

In each case, these were men who had difficulty achieving and/or maintaining erections. All three were rather passionate during other parts of our congress, but in hindsight, I think it was a fervor driven by the desire to get to [insert body part here]. And once orgasm and ejaculation was complete, it was like a switch; like whatever spell had been cast was suddenly lifted or the hypnotist said the magic word and they "snapped out of it". It's a rather interesting phenomenon.


A guy asked me if I knew what blumpkin was. I didn't. I looked it up. We have not had sex.