How Are You So Sure? Because the Universe Provides 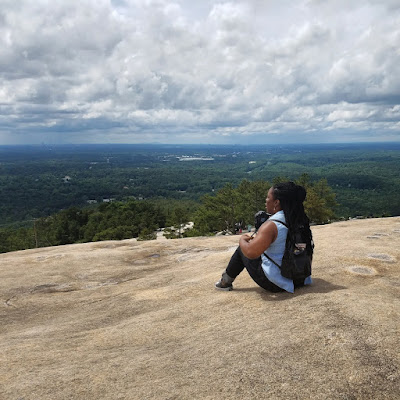 "How are you so sure?" I asked a friend that question, in awe of his certainty that he's where he's meant to be in life and will get every and anything he wants and needs.


He pointed to the walls of the studio where we sat and each poster on the wall had a story. He could recount all the laughs and tears and the gifts he received and things he lost. He expresses gratitude for all he has and goes through life fearlessly. Not to be confused with foolishly.

We were hanging out that day because I needed his energy. I always feel good in his presence. I feel heard and I'm guaranteed a piece of sage advice from him.

I was on vacation a few weeks prior and questioning my direction in life. I was internalizing all the change in New York. There was this resistance in me against being the 'naked man photographer'. I was discouraged at my living situation and bank account balances.


It's hard to look on the bright side at times and go forward knowing I will be taken care of. Even though I'm ten years removed, depression has rewired my brain. My usually optimistic, determined nature is sometimes shattered with hopelessness, despair and fear.


I changed the date of my flight so I could escape a little longer.

But I knew living in Georgia wasn't for me. I do love seeing my family and I soak up the change of pace a couple times of year. I always have fun. I'm refreshed now. I was mentally and physically tired so when I had no obligations (which in itself was another source of angst), and the time to stop, it allowed my spirit some time to get things clear.


Our phone conversation turned to "what is success?" Success could be accomplishing something you set out to do, no matter how big or small. For him success is about being happy. The timing of his words? More proof of the way the Universe works cause he may as well have been sitting in the studio with my friend and I his words were so on topic.


I asked for the eclectic group of friends I have. They are my cheerleaders yet keep me grounded. I asked for the burgeoning relationship I'm in. From his physicality, his personality, his work ethic, his authenticity. I'm not spending time thinking about what I'd change about him. I'd grown tired of the men I was dealing with right before I met him. I expressed that I wanted someone who "didn't give a shit about my work". So often when a man learned of my work or if they approached me already knowing I did nude photography or that I write erotica it was all they requested, demanded or threw tantrums to get from me. That not giving a shit about my work means I have someone who is interested in me, taking the time to get to know me not the me they think I am because of what I do. And he's supportive of my work without being blinded by it. I enjoy being treated like a lady by him. He values quality time, good laughs and sex as much as I do. He balances my excitable nature. He gives me the space to be vulnerable and that's so necessary to self-care and growth.


Confirmation of the abundance, prosperity  and all the Universe provides in my friend's life is literally on his wall. I have a wall in my room. It's part vision wall, part motivation wall, part confirmation wall and part reminder wall. The last person to see the collage made the comment, "you and this Bare Men" while pointing at the photo of the book cover. Yup, it's been years in the making and it's not going away. Sometimes I think there are photos, quotes, or handwritten post-its that have been there way too long. The time for those to be checked off my list is coming. Next he asked "who's that?" about a woman in heels dunking a basketball. I told him it was a photo I saw on Tumblr and that it was fucking inspiring. Inspiring, yes, because I love physically strong women. I love being a physically strong woman. But the photo is also representative of accomplishing things in life -- whatever I do it's gonna be a slam dunk.