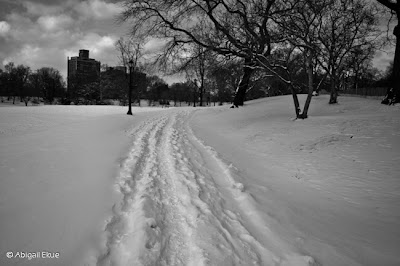 So I didn't make it to Prospect Park during the December 26th snow storm we had in New York. Stayed within a 7 block radius of my house. But still got a great hike in, amazing photos and met amazing people. There's something about this kind of weather that brings folks together.

So, it snowed again during the early morning hours of Friday. I love snow. And, no, I don't need an intervention. It's winter. It should snow. Being miserable about it only makes your days harder.

I went to Prospect Park this afternoon. Camera phone and Canon handy. I love how peaceful the park is, even when there are people there. That's one observation I made. Walking through the park forces me to think. 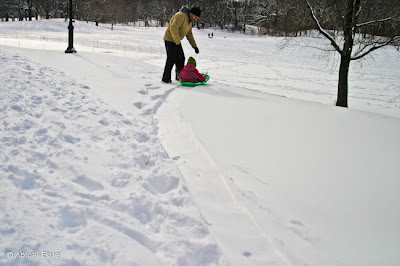 I love all the fathers, uncles, big brothers, or adult male figures that were in the park sledding with children. That's one of the major reasons children need men in their lives and men need children. Play. It's important for bonding, developing social skills and the obvious, fun! 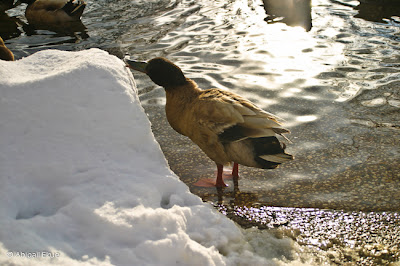 I overcame the slight fear I have of birds. Not all birds, just big birds (seagulls freak me out and pigeons who clip my cheek with their wings! ::::shiver::::) Ducks aint so bad, so I got down in the snow with them and got some pretty good shots. I tried to get some shots of a robin and chipmunk. Couldn't get close enough. But the photos still "work" because of the trees. I could handle trees coming to life like Treebeard better than birds who attempt to fly into me. 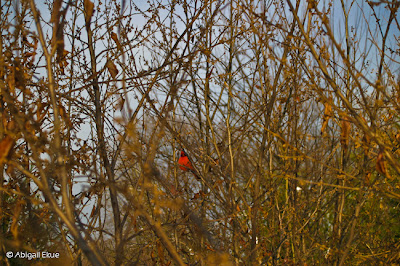 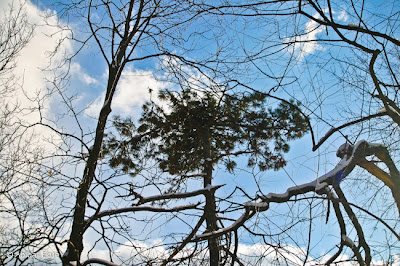 The duck photo shoot took place after I set up my bag as a makeshift tripod and took some self-portraits. I went with the creative spirit. I had a few more ideas that I couldn't execute. I would need an actual tripod. It was also great to see other photographers in the park. Actually, I only saw 2 but still, it was great to see them. There was an instant camaraderie between us that warmed me. 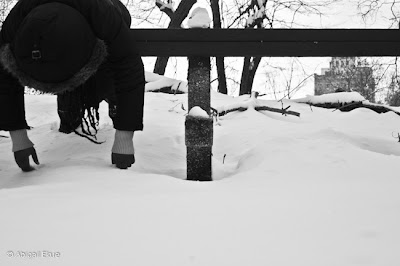 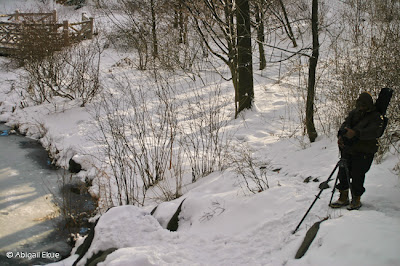 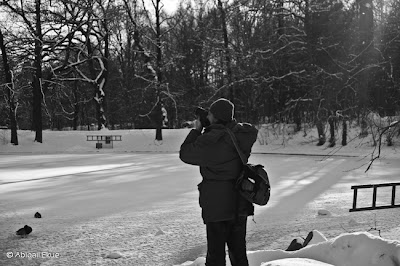 Apparently, because I'm a woman, and young, I should be looking for someone. This is what an older man with a thick Russian or Eastern European accent told me today in the park. He said I looked good, he liked my body and we should talk. He asked if I "have anyone" and said he didn't have anyone so we should be together. My camera only shoots images. If he had come any closer I could've turned on my flash, blind him then run away. He wasn't gonna catch me. He was at least 65 years old.

Speaking of male-female relationships (or just sexual relationships in any combination) I saw the remnants of some sexual activity and thought of the "bonding" that takes place this time of year. Oh yeah. A few minutes later and a few 100 yards away I saw something disturbing - a pair of soiled panties tied to a tree. I took a photo and thought, "Oh no, I hope those weren't someone's rape trophy" and starting thinking about Law and Order: SVU and Detective Stabler. I really gotta pen an episode. 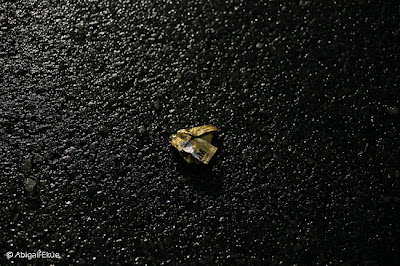 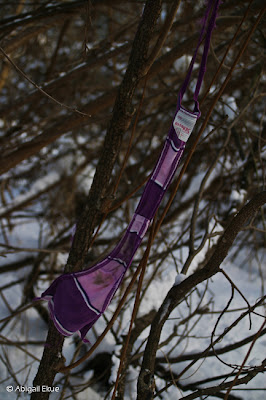 So that's what took place in the snow today. I took photos of Trees, Birds and Me. Check them out! 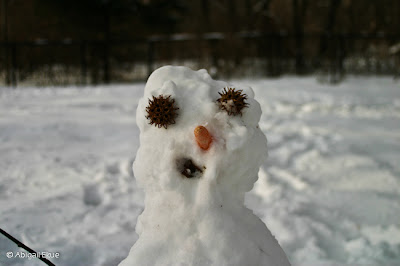