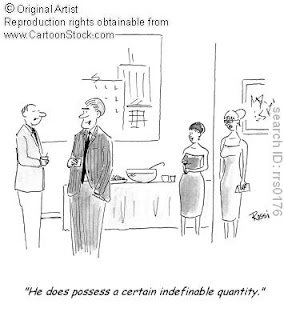 I haven't worn a bra in weeks. I lost mine. I own others but I just don't feel like wearing those. I have a love-hate relationship with bras. So when I find one that I actually like, I hold on because she holds me. I lost my bra because a man told me to take it off. Why did I take it off because he told me? Because he told me to.

I was slightly intoxicated and accepted a ride from a friend. Seconds after entering his vehicle he turned to me and told me he'd been thinking about hooking up for a while. I was surprised but I continued to listen.

"So this is what's gonna happen. I'm gonna drive you someplace first and then I'll take you home." He turned to face the road and pulled out of the parking space. If I didn't know him, I could've called the police for fear of being abducted.


Fast forward to our spot at a makeshift lovers' lane.

"Take off your bra."
I slip it off from under my shirt.

"Lift up your shirt."
I do, revealing the tank top I was wearing underneath.

"Now lift up that one."
I did. He made eye contact with the girls and then he said hello.


"Now this is how sex in a car works..." he explained the mechanics.

"I gotta take off my pants?" I was intoxicated and never did understand how sex in a car worked. I'm not a big girl and I'm not tall and I still don't see how it could be very smooth and comfortable. To this day, I've never had sex in a car.

Now, is this what turns me on, attempts at back seat coitus in which I forget my bra only to notice when I get home? No. He wanted something and went for it. He was interested, took charge of the situation and it aroused me. He even said explicitly, "I like to be in charge." OK!


That right there worked. A mix of masculine aggression and chivalry that I could submit to. There's that fine line of going for what you want, making your attraction and intentions known without being crude. Taking charge without assuming a "superior" role. Sensing my interest and then going for it. I don't expect a man to read my mind; I express my interest and then let him take the lead. He offered the ride to be a gentleman (and to probably get me alone) but it wasn't the first time he'd driven me from Point A to Point B so I know he possesses gentleman characteristics. I've always been a gracious lady to those sorts of gestures; men like that make me an alpha female.

I think back to a scene from The Golden Girls between Blanche and her boyfriend at the time. He was taking things slow and it was confusing and frustrating her. He was a recent divorcé or widower and was just getting back into the dating scene. He wasn't used to dealing with "women's equality" and the like. He was more of a traditionalist and liked a good ol' fashioned romance. Blanche admitted that that made her feel like a lady.

Did I take my bra off because I already knew him and he was behaving like an Alpha male? Or did his being an Alpha male make me more interested? I know the answer, I'm just not telling you. 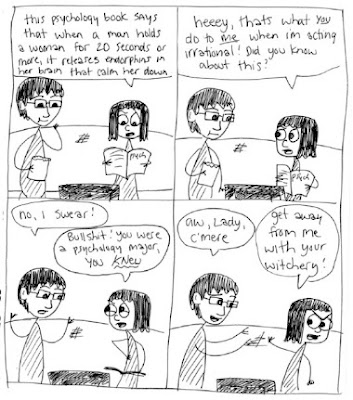