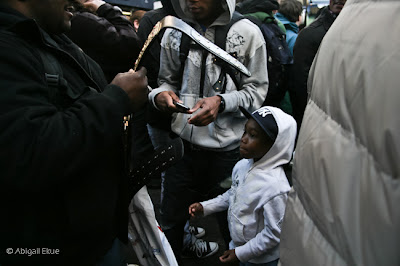 I've been a lifelong fan of professional wrestling. I'm not as big a fanatic as I once was, but I still watch Monday Night Raw and the PPVs. After the UFC press conference on Wednesday and spending some time with friends on Friday night watching Smackdown, the Jon Jones special they DVR'd and reminiscing on the glory days of wrestling and boxing, it all put me in the mood to be a kid again.

About 10 years ago, my brother and I would wait outside the Garden when the then WWF had a house show or we'd arrive early for the PPVs we had tickets for, to see which wrestlers we could catch a glimpse of as they arrived. I once started a near riot when I shouted out Mick Foley's (@realMickFoley) arrival. The cab that Triple H and Chyna were arriving in nearly ran my brother over. We've had some great times... 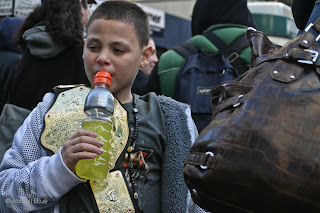 It was great to see the next generation doing the same when I was there for the WWE March 19 Raw show on the "Road to Wrestlemania". Side note: Tinie Tempah's "Written in the Stars" is the Wrestlemania 27 theme song. In between arrivals, I had a brief conversation with a man who brought his son to the show. He told me when he was 9 years old he took a picture in the ring with Kamala. Now he also goes to some of the indy shows and his 9 year-old son got the opportunity to take a photo with Kamala as well. I smiled to myself when I overheard him tell his son, "I hate to say it, but your Mom was right. We should brought the bigger coat." He promised his son that they'd come earlier next time to so they could see more of the wrestlers arrive. It was getting cold so they went inside. There were also the 20-somethings who were decked out in John Cena gear who would assault you if said the wrong thing about any wrestler they loved.

When I got there, I caught a glimpse of Alex Riley. Daniel Bryan (@WWEDanielBryan) arrived with one of the Divas. Primo drove up but wasn't allowed into the lot. Security told him his name wasn't on the list. He spat at security as he drove off. The crowd calmed a little and small conversations broke out--who's gonna end the Undertaker's streak? Where are the Divas? 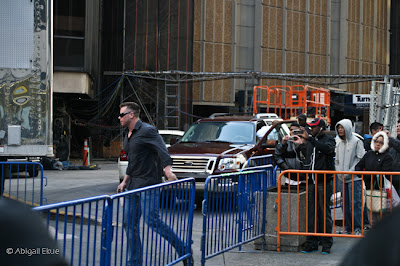 Next thing I knew, I heard screams from the pen I was in, the one across the driveway and the folks behind the barricade across 33rd St. What was happening? What was I missing? Which way was up?

I was in the midst of a flash mob being jostled around and elbowed by some surprisingly strong children and even stronger adults. It was John Cena (@JohnCena). He came out to say "What's up" to the fans and tossed a few of his headbands to the crowd. I got some amazing shots of the sky, the barricades, flailing arms and these of John Cena. He tossed one of the headbands to the kid in front of me. I gained my sense of equilibrium. 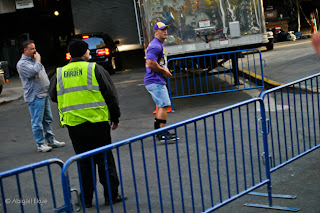 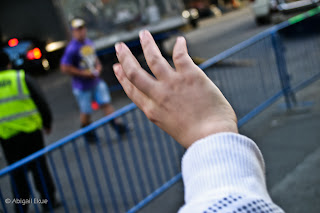 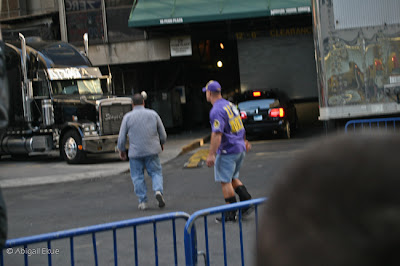 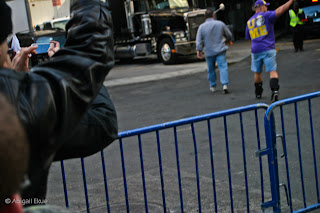 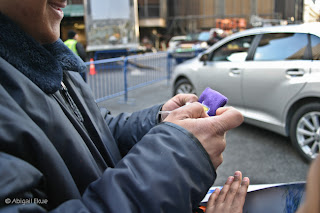 An average-sized sedan pulled in and out came a larger-than-average man - The Great Khali. He was gracious as well, acknowledging the fans before walking into the arena. 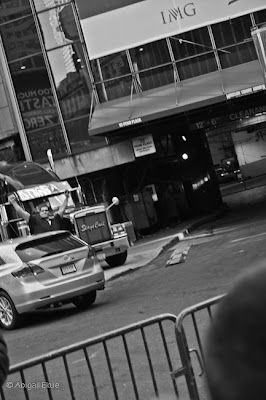 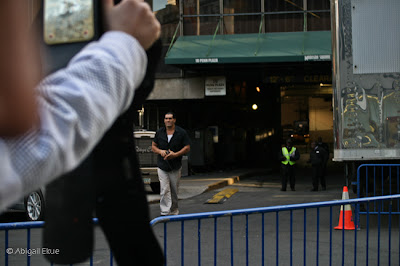 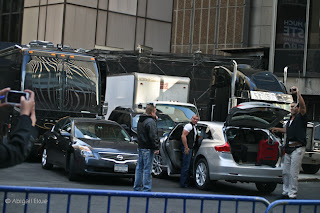 This is Evan Bourne. Another pleasant arrival. One little boy was going crazy because Evan Bourne is his "favorite wrestler ever!" His father told us he has to watch all his matches, he comes running into the living room whenever an Evan Bourne match is on. While he waited to be allowed into the lot, he rolled down his windows and addressed the crowd, even gave a "Whaddup dawg?" to someone. Cool cat. 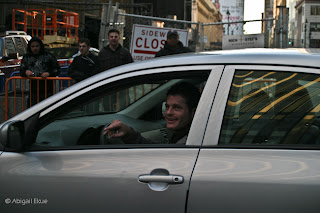 There he was pedaling Eastbound along 33rd street towards me. John Morrison (@TheRealMorrison). Just like his ring entrance, he really does move in slow motion. 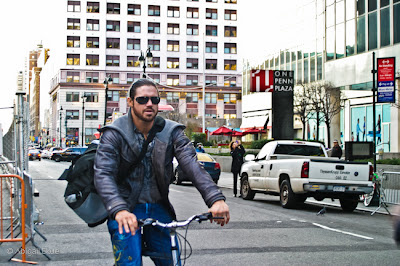 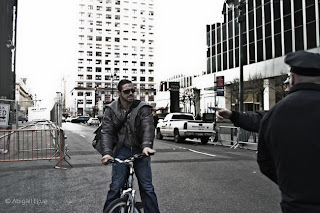 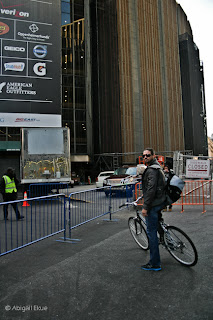 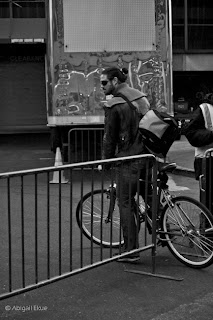 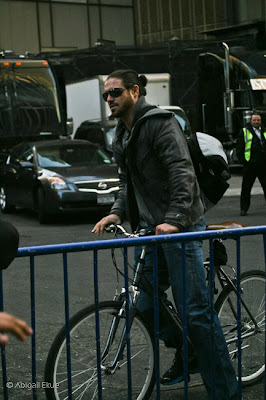 He took his time going into the lot. He rode around a bit, shook some hands and I think signed an autograph or two. If you're not a fan now, go ahead and become one. I won't chastise you for being a bandwagon-jumper later. He's great to watch in the ring and was the better half of the tag team with The Miz. Maybe the WWE is gonna go "old school" with his push--start with the IC title or US title then the World's title...

I wasn't surprised Morrison arrived on a bike. He seems to be very in tune with his environment, very Zen, very simple; no-frills. The bike ride was probably part of his warm-up or mental preparation. Then he'd bound off the walls of MSG doing parkour before his match.


Vince McMahon sped in behind the wheel of a Bentley. When we were waiting for Vince McMahon's arrival, a girl of about 11 or 12 said she felt like a stalker, the way we were all standing there. Randy Orton slipped into one of the luxury motorcoaches. A group of us tried to wait around until he came back out but Orton won this one. I was cold, hungry and I had to pee. I found myself on the train soon after. I don't know how the paparazzi do it.  http://abigailekue.com