I Wish Chris Hansen Would Catch This One 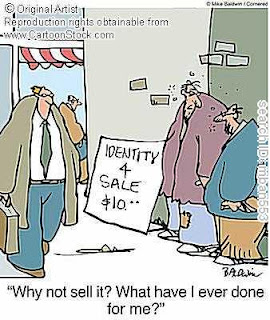 I went to the ATM on Monday to see if I could afford to withdraw 20 or 30 dollars (Thank you, for $10 bills at the ATM). I already knew my balance would be low, but I when I noticed more debits than credits I took a closer look. There were two small charges that weren't mine. One was iTunes Luxembourg somethingorother and the other was Caribbean Anderson thingamajig. The charges were for $1.00 and $0.10.

I knew instantly what was going on. Someone was testing the account or card number to see if it was open. This happened on a Saturday. Once those charges had cleared on the next business day, all my money would've disappeared soon after.

Chris Hansen has done a few Dateline investigations on internet scams, credit card fraud, ID theft and the infamous, To Catch A Predator. On a day I binged on a TCAP marathon, I also watched one of his ID theft investigations. There are underground chat rooms where folks sell your info and then start racking up charges. Within minutes, all your money could be gone.

I spoke to the customer service rep at the bank and told him that someone was testing my account with small charges. He checked it out and declared, "Yup, we're shutting this down."

Although I didn't have any proof of my new billing address yet, they opened a new account, allowed me to get some cash to hold me over before placing a block on the old account and changed the type of checking account so I wouldn't have any more monthly fees. Cha-ching! I still have other loose ends to tie up with bill payments, PayPal and direct deposit but hopefully this change will be the beginning of new prosperity. I did cringe when I saw my married name on the papers. The bank requires proof of divorce to change my name on the account information. 2011 has got to be the year I can present a divorce decree. All part of the Reboot.