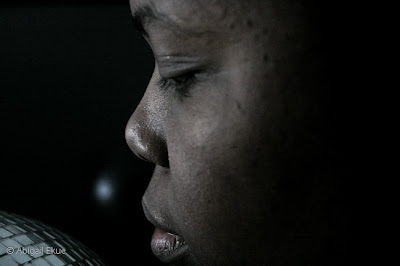 Recently there's been some rumbling on my Twitter timeline about anonymous Tweeters--those who hide behind Twitter handles that don't have their real names (or part of their name) and those who don't use a real photo as their avatar or a photo at all (I don't acknowledge eggs).


I agree wholeheartedly that there should be some true representation of yourself in social media. Some people feel putting up a photo of yourself is "too much". Posting your photo doesn't mean you're sharing your SSN, or home address on Twitter (or Facebook). If you're that paranoid, stay off the web.


There's also that anonymous person on social media who hides behind the screen and antagonizes or simply annoys everyone, trolls posts to pick fights but not (hu)man enough to stand behind their words.


When I attend events, I run into people I already know in real life. Sometimes I also meet people who I've had extensive interaction with online. I know this because I recognize them from their avatars. Folks who approach me because they recognize me yet I've never seen their face don't get the same warm reception. That shouldn't surprise them; we gravitate towards people we know, people we are comfortable with. You're starting from scratch if you've remained anonymous despite the comments you've left on someone's FB photos or the fact that you've retweeted them a few times (read: incessantly). There won't be the same bond between two people who know what the other looks like.


It's proven that the more you're exposed to someone's face, the longer you view it, the more you'll view it favorably and even form a bond.


It's social media, it'd be nice to know who I'm socializing with.