Welcome The Year Of The Rabbit 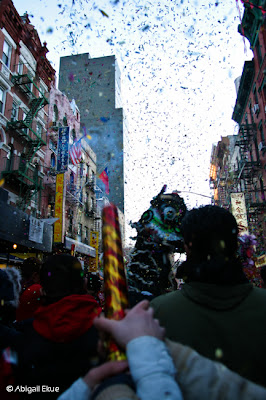 As I stood dead center of the intersection of Bayard and Mott, I felt like I had actually visited China. I looked in all four directions as part of the crowd dispersed at the end of one of ceremonies, while other people were gathering by another lion and others just kinda milled around like me.

And for a second, I could see myself in China. Or in any foreign country. Alone. And it felt good.

That was when a man approached me and with a thick accent and in broken English said that he saw me taking photos earlier. He looked at the model camera I had and said he had a 7D. I'm using a 10D. He didn't have that one with him, just a smaller digital camera.

"You hold up. Your camera. And I take picture."


I snapped this while he tried to get a good shot of my camera. 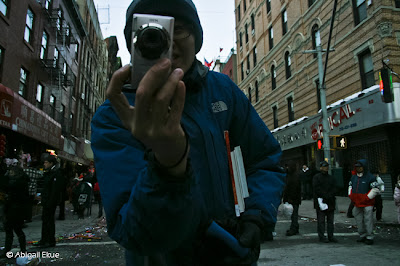 Then he asked me to take a photo of him.

But we didn't exchange any information, or even our names. Just a brief interaction on New Year's Day 4709. So if by some chance he sees this blog, "Hello, again!" 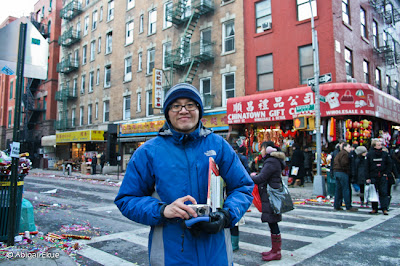 The Year of the Rabbit is also a good time for relationships - to build stronger ties and mend broken relationships. I've gotten a similar message from Western astrology as it relates to my Sun sign. And my dreams have been filled with similar messages. I will heed. I was even wearing a red turtleneck yesterday! I didn't even realize the meaning till afterwards. But wearing red is believed to drive away evil and bad fortune. Whoo-hoo!

The first celebration I stumbled on after lunch on Lafayette Street was packed. I got there just as one of the lions climbed a pole to eat the lettuce that was lowered to him. I didn't get a chance to ask the meaning of the ritual at the time but I did some research. I witnessed the Lion dance numerous times that afternoon and took TONS of photos. Give me a bit to go through them and I'll post them on my website or on flickr. 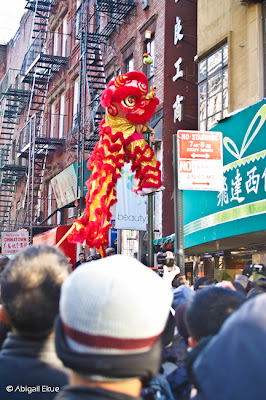 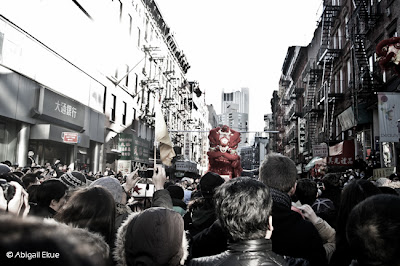 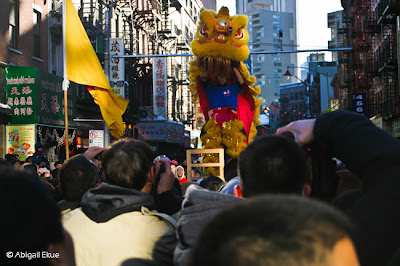 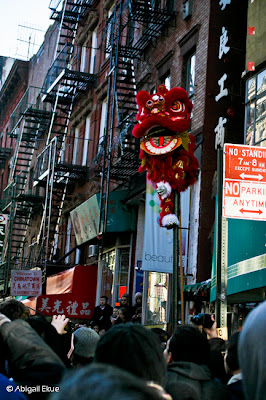 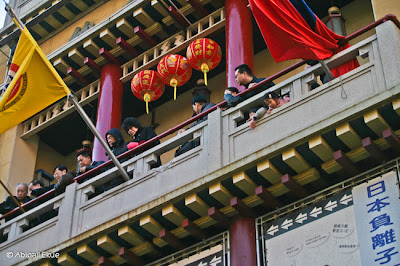 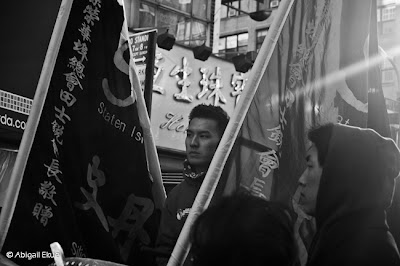 There's a parade on Sunday, February 6. It'll be a game time decision whether or not I attend. I want to explore Chinatown on a much deeper level. Over lunch, I told my friend about a restaurant my brother took me too that he'd discovered on one of his expeditions. It wasn't even on an actual street. That's the Chinatown I want to revisit (until I get to the mainland). I want to visit a reflexologist, receive acupuncture and maybe even spy on the seedy underbelly. I saw one guy with a humongous knot going across one of his eyebrows which swelled his entire brow making him look like Cro Magnon... accented with stitches. He spoke to a friend and 2 or 3 of his teeth were missing. The gums were still red. Did that happen at a fight club? Is he training for MMA competition?  A face-off with the Triad? 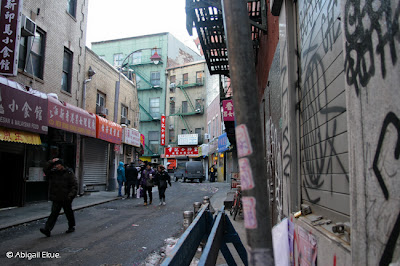 I stood at this corner for a while and witnessed people going about their everyday lives. One man went into the barbershop and it hit me, "This is where he lives." It's not about selling bootlegs to tourists. Later, I passed a shop, the walls lined with glass jars full of herbs, roots and animal parts - everything written in Chinese characters and everything with magical properties, I'm sure.