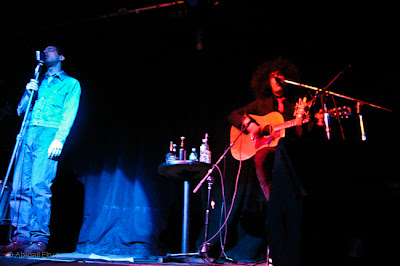 When you have to Google the meaning of a word in a musical duo's name, you know you’re onto something golden.

Last Tuesday night, I went to to shoot The Nihilistic Sex Machines (TNSM). I almost didn’t make it cause of more of those life and financial issues that are commonplace right now, but Johnny B. Azari had my back.

I arrived at at about I was immediately struck by the venue itself. It’s a big space with an intimate quality. I’ll be honest, I did notice the bartender right away. He had a Russell Brand-like look going on. Intriguing, indeed. I got a spot near the stage and took some test shots. There was another duo performing on stage when I arrived (unfortunately, I don’t remember their name. Sorry!) I started studying the walls of the venue like it was a museum. You really could stare at them for days. There’s graffiti, pop and erotic art covering the walls that definitely adds a certain charm to the place. 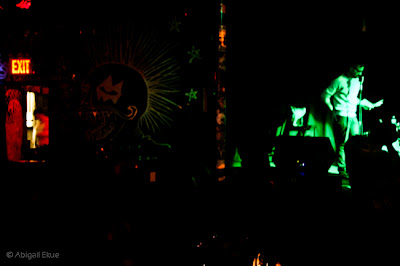 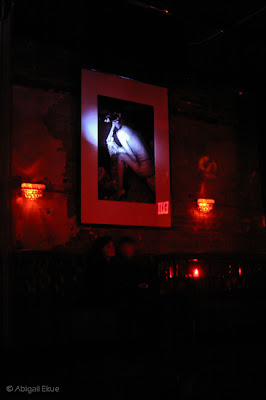 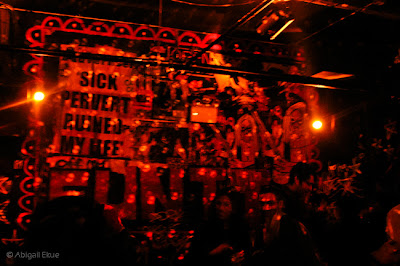 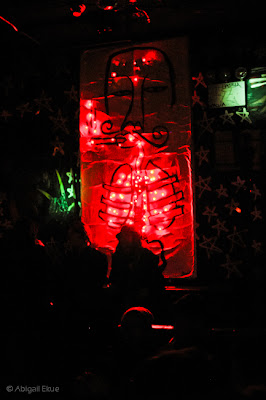 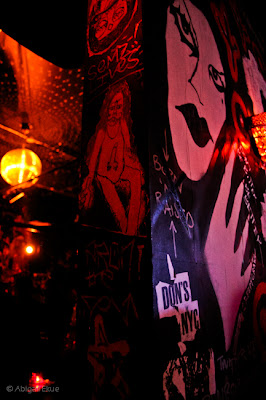 Now on to the men of the hour. I met The Nihilistic Sex Machines the Tuesday before their show at Les Enfants Terribles. I saw Johnny B. first. Actually I saw his hair first. My eyes were glued to his wonderful, thick head of hair. Side note: If I don’t ask to play in his hair next time I see him, it’ll be a miracle. Then I noticed his houndstooth coat and his plaid pants. I can still hear Darius’ boisterous laugh to match his booming voice (we’ll get to that later).

My friend went to the ladies room and I scooted over a few barstools to Johnny B. I was already armed with one of their flyers that she had passed to me earlier in the evening.

“My friend gave me one of your fliers earlier…”

“Hey, yeah, you should come check us out.”

“What kind of music do you sing?”

He described it to me but I’d be lying if I said I remembered. I was doused in wine, he was doused in whiskey. I describe their sound as very bluesy, soulful, folk music. But that’s not doing it justice - here’s a great description of their music. He also told me that they each have their own bands and that TNSM is just something they come together and do.

The venue was packed. They have a huge following. Guess there aren’t many Iranian-American “folk” singers in NY. But I soon found out it’s also because they’re really good. Talented songwriters who sing with so much emotion. There were moments where I had to remember to take photos because I would get caught up just watching them sing; neck veins bulging, eyes squeezed tight as they sang about love and loving more, fueled by Jameson and H2O.

Darius has a powerful, booming, yet raspy voice that really drives home the emotion of the songs. Johnny B. sings too and he plays the guitar. I have a lot of respect for anyone who can play a musical instrument (I really should start playing piano again). He switched guitars during their set. They started the next song but had to stop because it wasn’t tuned. The moment was handled with ease and humor. He told the crowd, and I paraphrase, “We try to give the illusion that we’re perfect but if you’ve ever slept with us, you know we’re not.” 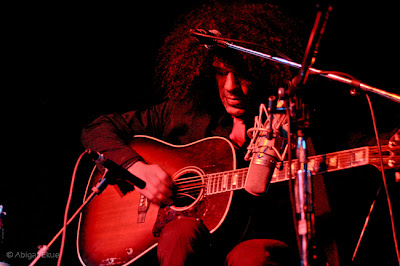 I laughed while curled up in a little space between the stage and the back of a booth. They got through the set without any other hiccups. I love their rapport on stage. Their bond is very apparent and it’s clear they have a passion for what they do. 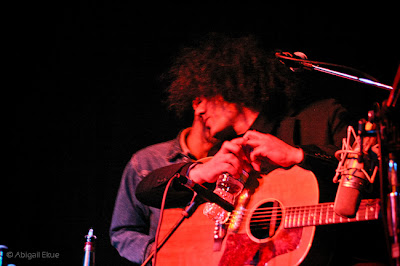 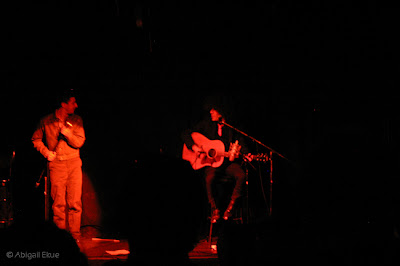 At the end of their set, I was stalking the walls of to snap some more images of art I hadn’t earlier when TNSM were called back onto the stage for an encore. I climbed onto a seat near the back of the room and snapped some shots of their encore performance. 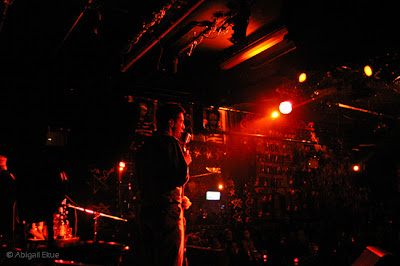