A few years ago I wrote the article, "Comfort Cuisine" for NY Resident magazine. One restaurant I covered was S'Mac, a restaurant specializing in macaroni and cheese in a wide range of combinations. At the time I wrote that article, you could only indulge in the goodness at the S'Mac East Village location. 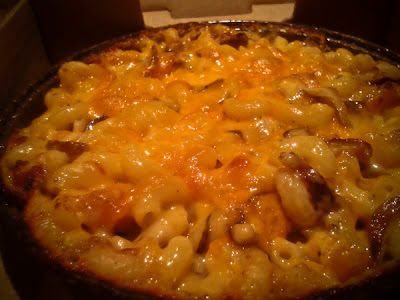 I visited the S'Mac Murray Hill location yesterday on one of my walks. Orders are served in mini cast iron skillets (order served is in a takeout container). You can order one of the regular menu options or create your own mac-n-cheese masterpiece. I ordered the All-American with slab bacon and shittake mushrooms. The nosh size is always two or three bites too much but I finished it. I walked it off by the time I got to Houston Street. 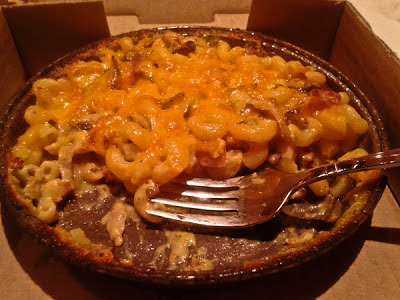 The night I visited, S'Mac was running their Winter Discount Deal -- 20% off until March 19. You can get the discount as many times as you want. They run deals often making for a good value - $1 mac n cheese for their anniversary and other deals when they open a new location or unveil a new flavor. 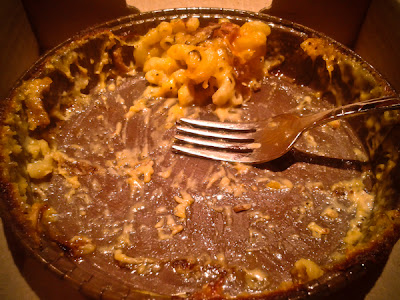